Camille Pissarro was one of the core members of the French Impressionism movement. In almost 50 years of Impressionist landscape painting, he sought to record the pure effects of colour and tone in nature. However, in contrast to Monet's uncompromising focus on capturing the ephemeral appearance of light, Pissarro never forgot the importance of composition and structural elements in his painting. Influenced initially by members of the Barbizon School of landscape painting such as Camille Corot, Charles-Francois Daubigny, Jean-Francois Millet as well as Gustave Courbet, he borrowed widely from his contemporaries. Committed to plein-air painting, he ranks with Claude Monet and Alfred Sisley as one of the best landscape artists of the late 19th century. In addition to pure Impressionism, he explored a number of differing styles, including Realism as well as Neo-Impressionism, and painted a wide variety of subjects across most of the painting genres, including landscapes, cityscapes, portraits, still lifes and peasant scenes. Despite lifelong poverty, he was noted for his encouragement of younger Post-Impressionist painters like Gauguin and Van Gogh.
Unlike the other Impressionists, Pissarro devoted his entire life to engraving. Where Degas engraved 65 plates, Renoir two score, Cézanne only three, Guillaumin and Sisley but a few more, Pissarro did at least one hundred and ninety etched and lithographed plates, without counting numerous monotypes. The artist engraved to please himself, indifferent to the possible commercial value of this side of his art. His prints are painter's etchings done for the artist's own satisfaction, generally printed by himself on odd bits of old paper. The number of these artist's impressions is often less than twenty. 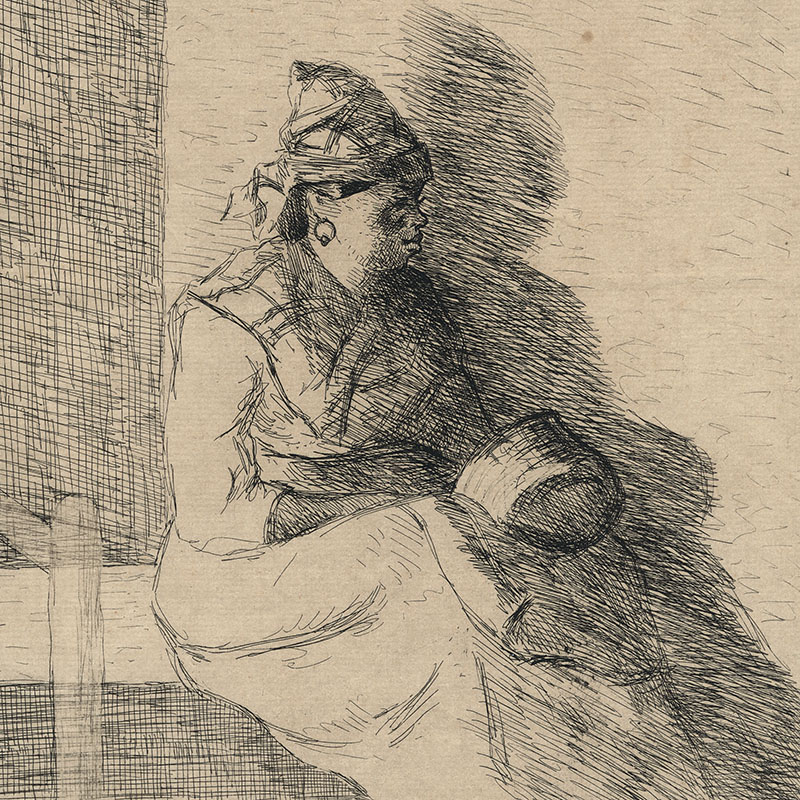