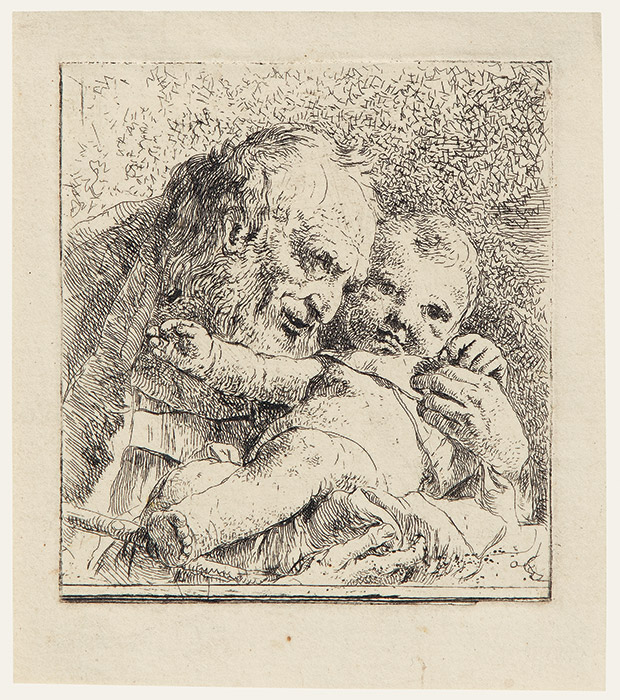 A very fine, clear and early impression made prior to the addition the number 24 at top right. Remains of ink along the platemark as in pristine impressions. With good margins, minor traces of old mounts on the verso, generally in fine condition.

This small print was published in the first edition of the catalogue of Giandomenico’s etchings as the 15th Scherzo, in which it was recorded between the last of the Scherzi and the Adoration of the Magi. Later impressions were numbered 24.
As noted by Diane Russel in the catalogue of the Rosenwald Collection, post-Tridentine church doctrine accorded a special status to St. Joseph, after which images of him holding the Infant Christ came to prominence. The Rosenwald example of our print (National Gallery of Art, Washington, Rosenwald Collection, B-19.894) is – like ours ¬¬– a first state impression, but retouched in pen in several places. Another fine impression is preserved in the British Museum, registration number 1907,0515.84.165.

Other works of the master
Three magicians burning a snake