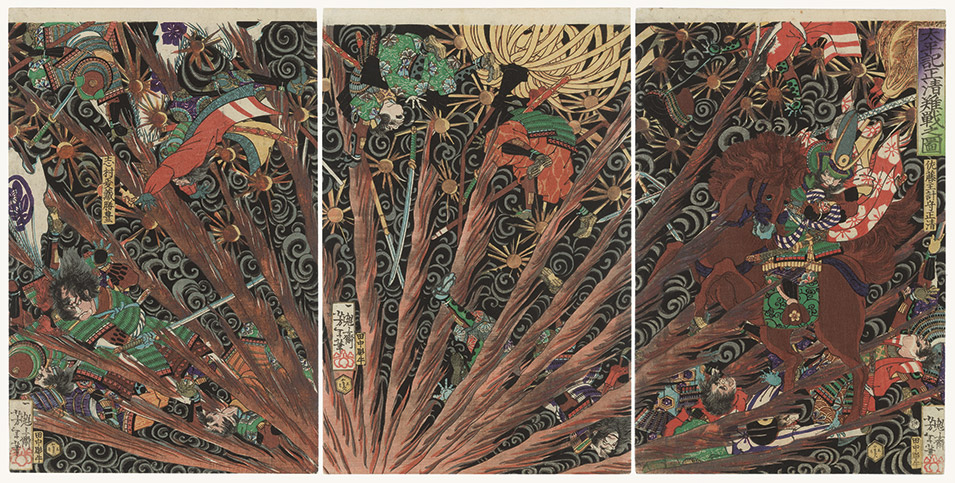 Fine impression, with extensive use of mica powder on the black background. Fine colour and condition, margins at top sides.

The triptych is one of the most important early works by Yoshitoshi. It depicts a difficult battle from the Taiheiki (Chronicle of Great Peace), a Japanese historical epic written in the late 14th century and covering the period from 1319 to 1367. The book's stories had great popularity in the nineteenth century, when they became the subject of musha-e, prints depicting warriors, drawn by Kuniyoshi and his school. Very often the heroes drawn by ukiyo-e artists referred to those of the most recent events in Japan's unification under the Tokugawa Shogunate, events that could not have been explicitly dealt, to avoid censorship.

A mine explodes in radiating jets of flames, sending samurai tumbling head over heels through the night sky. At right, Masakiyo (who is probably meant to represent the famous general Kato Kiyomasa, 1561-1611) grips the reins as his horse rears in fright, trampling men beneath its hooves. At lower left, another warrior turns his head away from the fire, flinging one hand up in the air while still holding his sword. Yoshitoshi animates the scene even further with gray spirals of wind between the flames, punctuated by the starbursts of exploding shells. A dynamic image with an unusual composition. Although set in the fourteenth century, in fact this is a comment on the recent (spring of 1866) campaign of the Tokugawa Shogun Iemochi. He had temporarily defeated the dissident Choshu samurai who had shelled the Shogun’s palace in Edo in 1864. 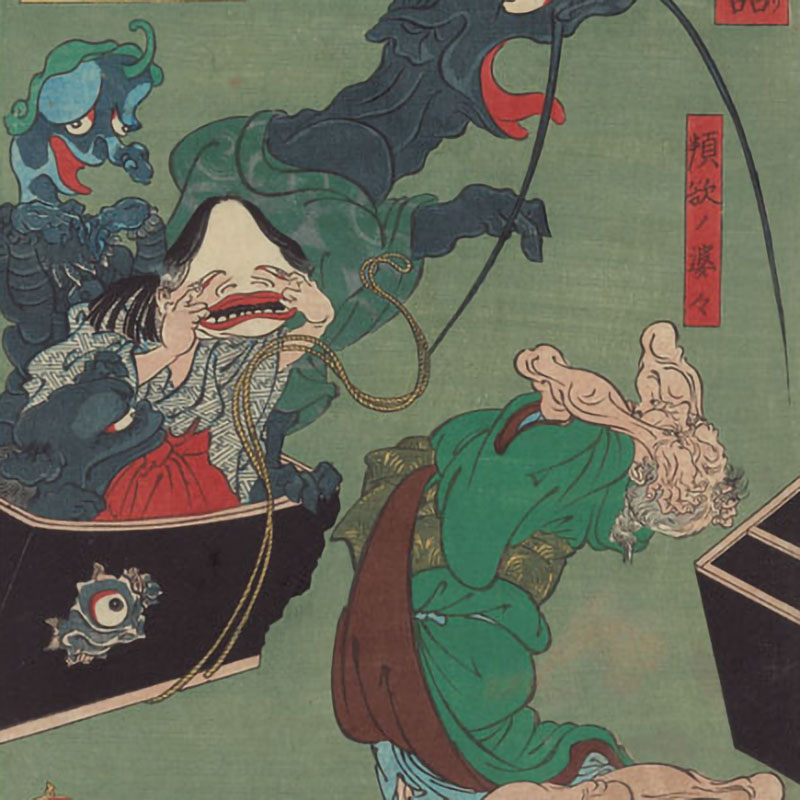