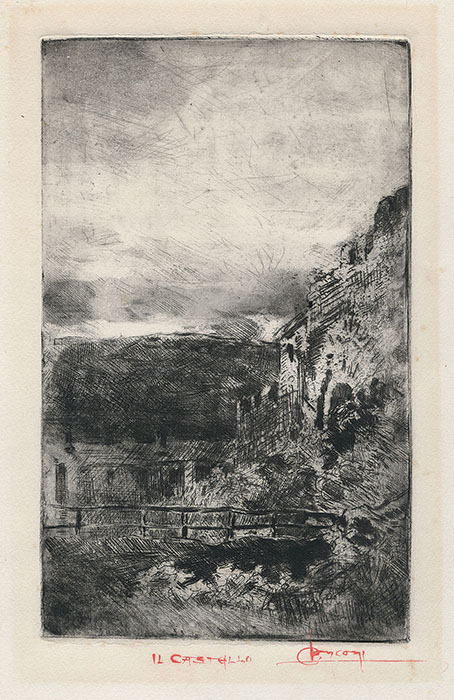 A fine impression, printed with black ink, working on the surface tone, on thick wove paper. The print is rich in monotypic effects, obtained by the artist working on the heavy film of ink left on the plate. In this way Conconi got special effects of light and shadow. In very good condition, with good margins.

The dating to 1876 was proposed by Amalia Mezzetti. 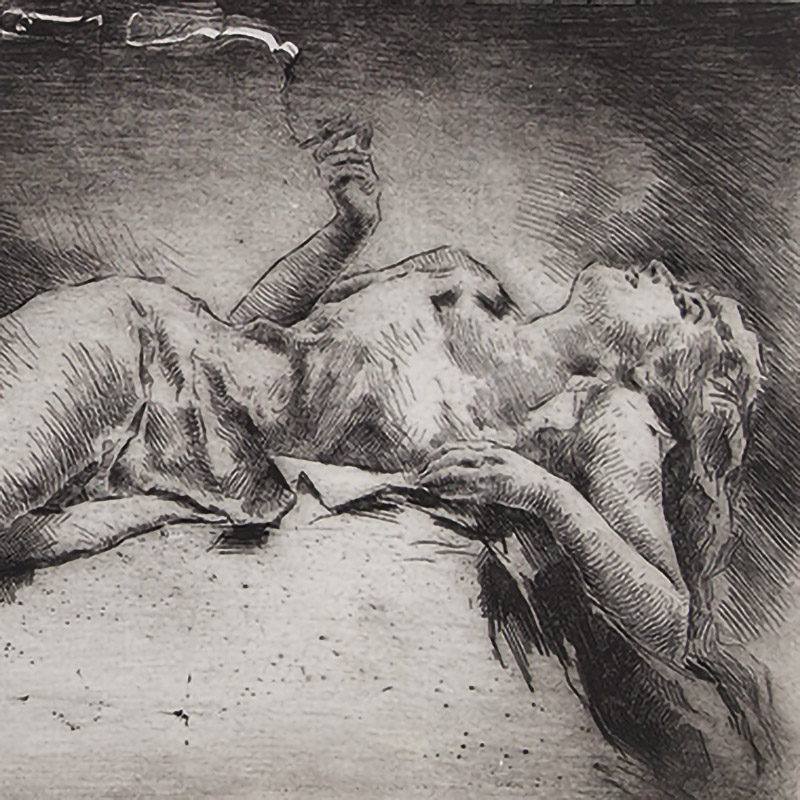 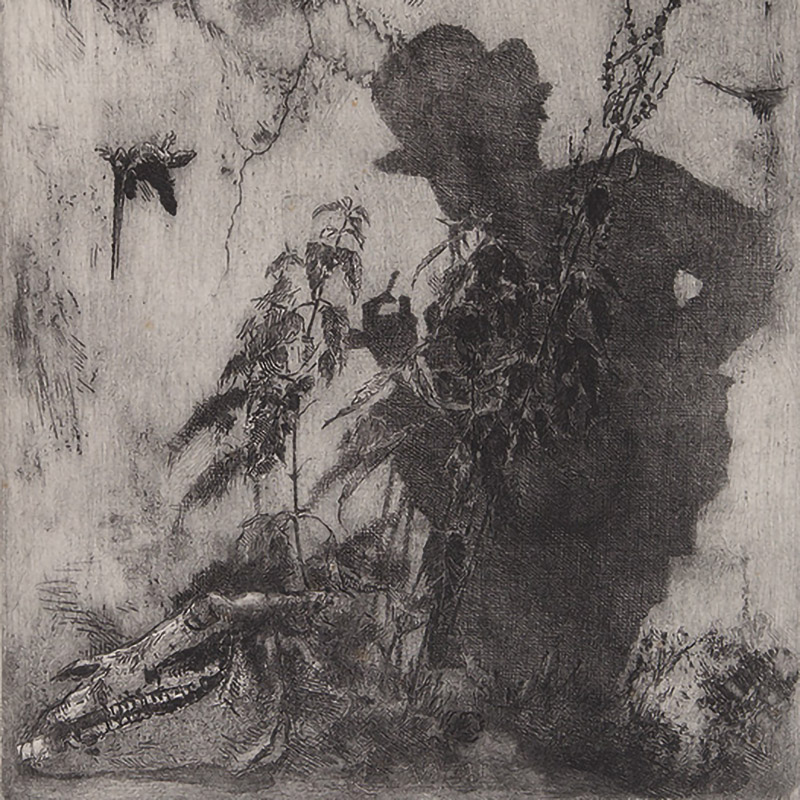 Self-portrait as a shadow 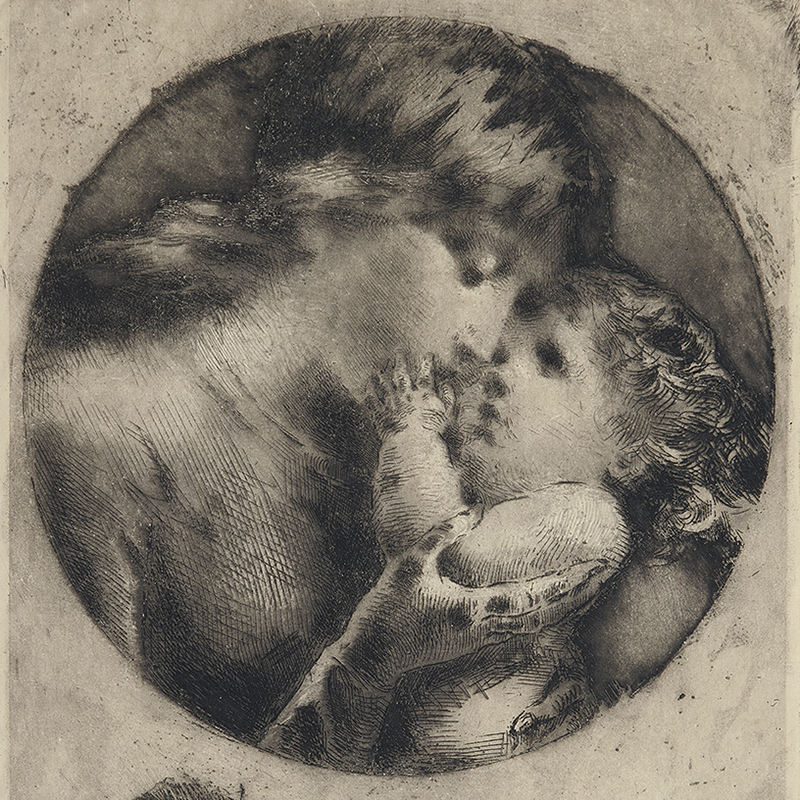 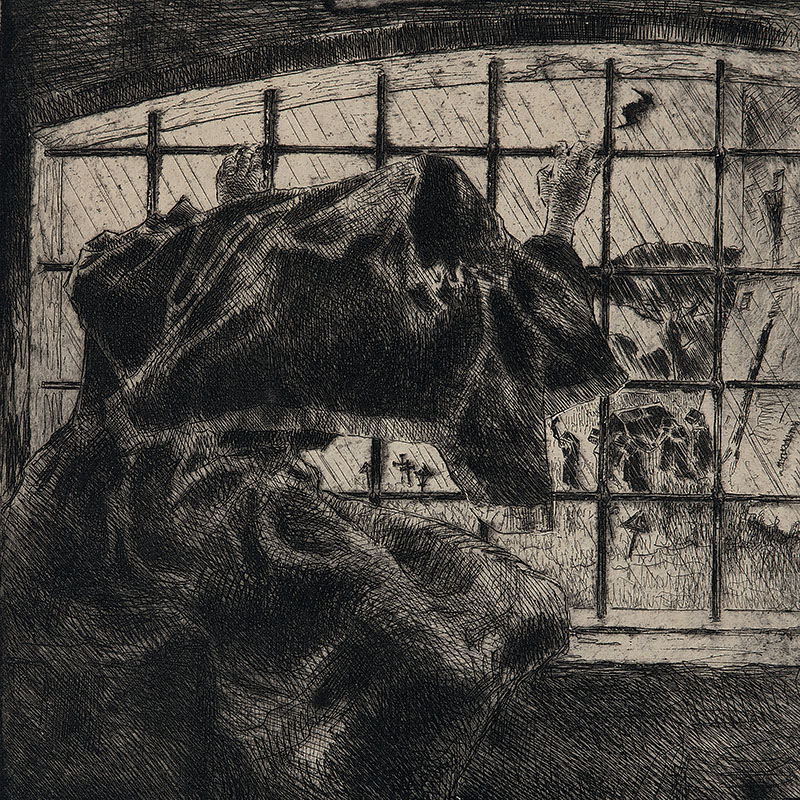