The print derives from one of the four canvases by Giovanni Battista on the theme of the Jerusalem Liberated preserved at the National Gallery in London. 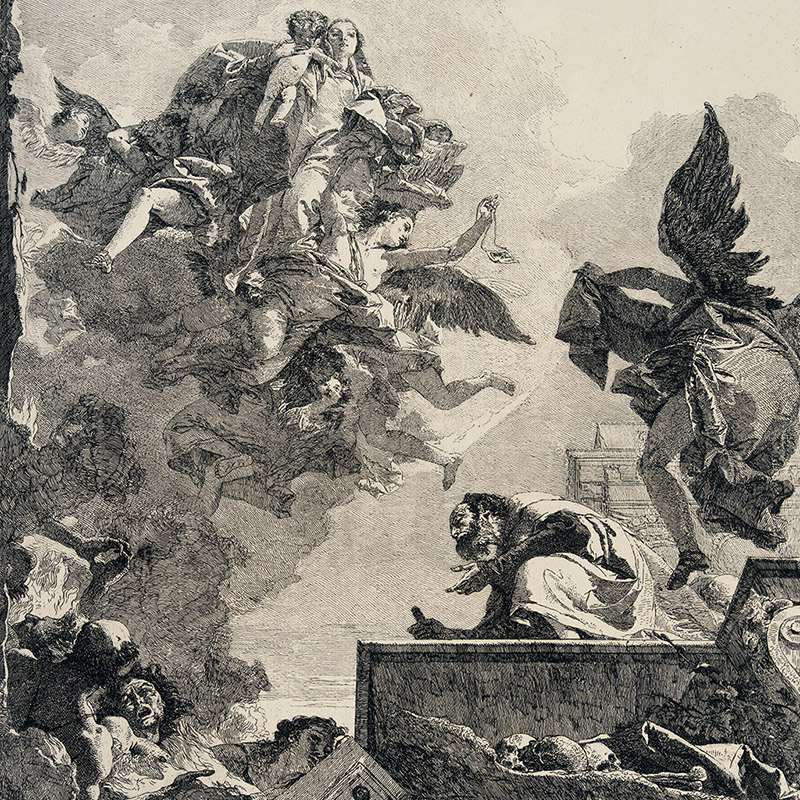 The Virgin of Carmelo appears to S. Simone stock 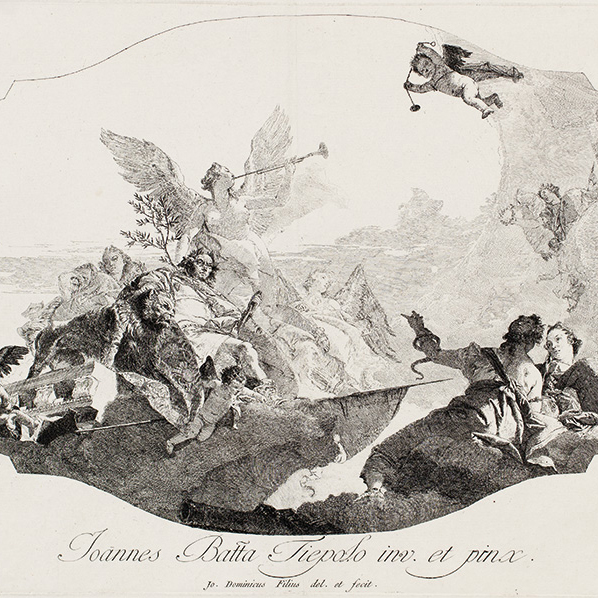