Fine impression and colour, some trimming at the top, vertical  centerfold, otherwise  very good condition.
The series Furyu Enshoku Mane’emon is one of Harunobu's acknowledged masterpieces. The set, created in the year of the artist’s death, introduced two important innovations in the shunga genre. The first and the most important is the creation of a pictorial story, which links all the plates in a sequence.
As a rule, in shunga sets, new characters and new settings were introduced with every picture and the pictures were not sequentially related. The second innovation concerns the number of prints: shunga were usually published in set of twelve. Mane’emon, however, is composed of two sets, consisting of twelve prints each.The name Mane'emon is a pun; it implies that its bearer is both an imitator (from the verb maneru, ‘to imitate’) and a tiny man of about the size of a bean (mame). The storyline of Mane'emon is that, once he has changed his shape, the hero starts on an erotic study tour that will take him to various places in eastern Japan. Harunobu uses this device to depict, in the first half of the series, the sexual life of the common people in Edo and its surrounding countryside and, in the second part, the customs of Yoshiwara, Edo's only licensed quarter. On each print of the set we find Mane'mon's observations and comments on the different aspects of Eros that he witnesses. The upper part of each print is taken up by an explanatory note or a haiku. There are, however, also short legends elsewhere on the print. These are comments and lines of dialogue, supposedly spoken by the characters themselves.This print shows Mane'emon as witness, in the middle of the night, of the love suicide of a very young couple, a common theme in kabuki theater and literature. The boy, who holds a Buddhist rosary in his right hand, seems disturbed by two figures on the left background: a desperate father who is looking for the young suicides. Near the couple there is a short sword. But the dialogues defuse the situation: the girl declares her determination to commit suicide but she actually alludes to her determination to perform the sexual act. Mane'emon states his intention to steal the sword to prevent suicide. 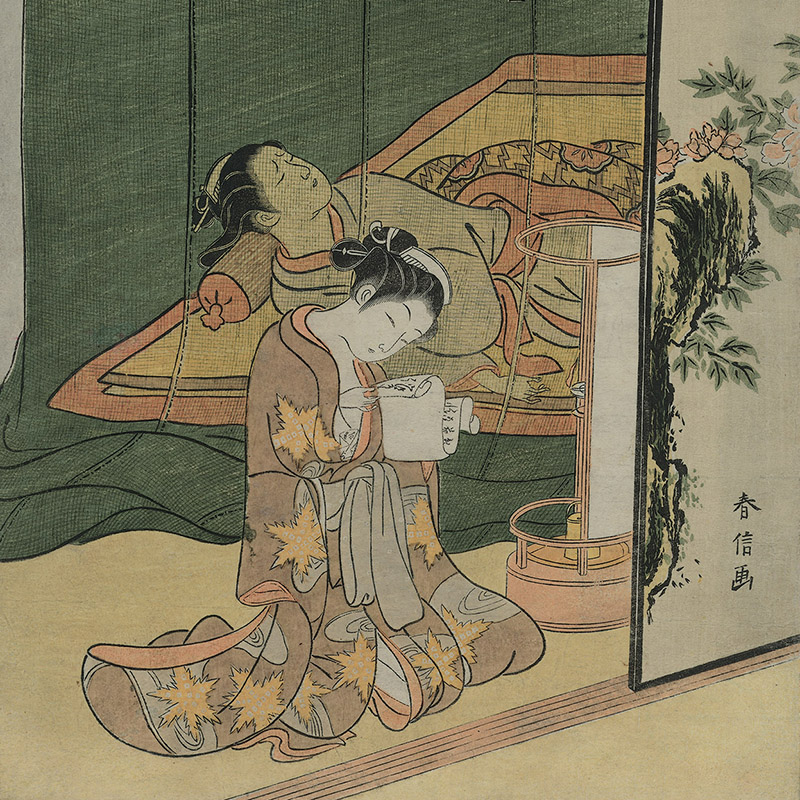 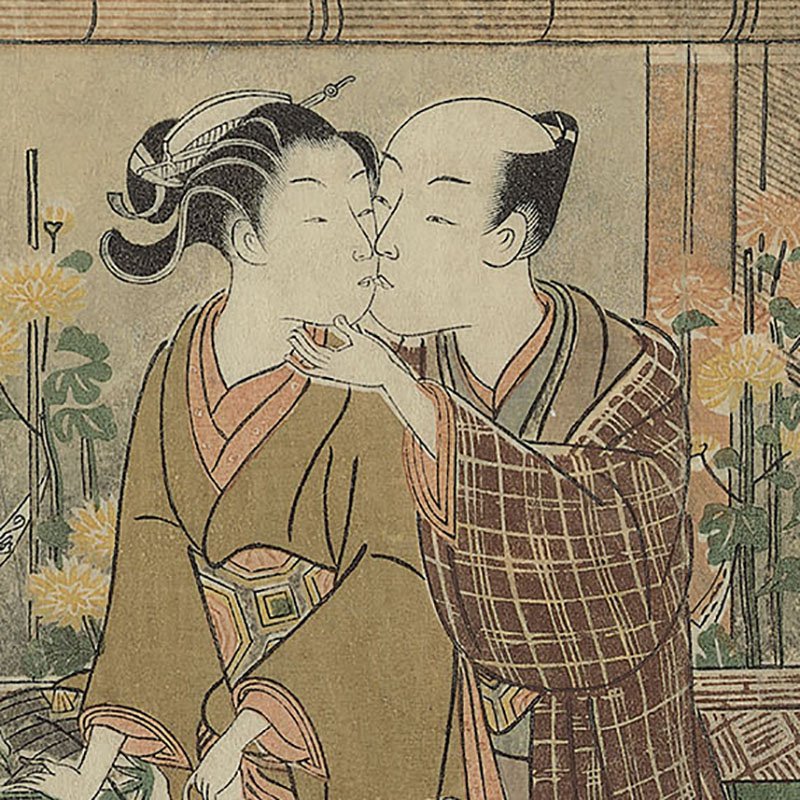