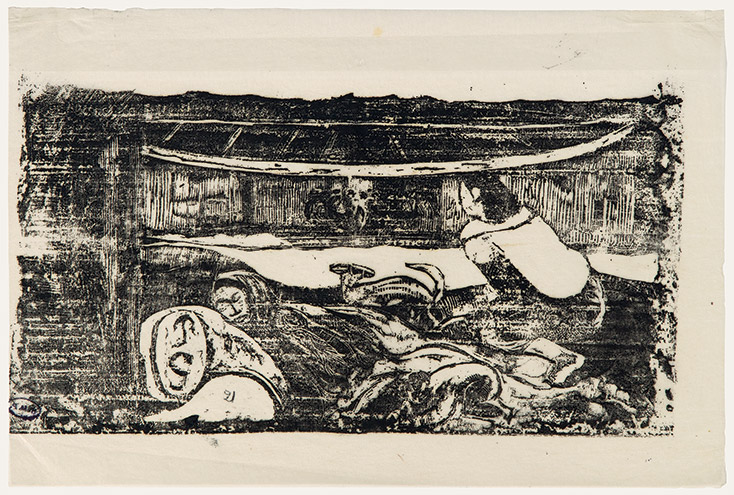 Extremely fine impression, printed by the artist on Japan Pelure paper. With monogram at bottom left, numbered 21 in pen inside the subject at bottom left.

This impression has been mentioned by Mongan, Kornfeld and Joachim.

The woodcut is part of the group of 17 created by Gauguin in Tahiti during his stay between 1895 and 1898.

Other works of the master
Women, animals and foliages 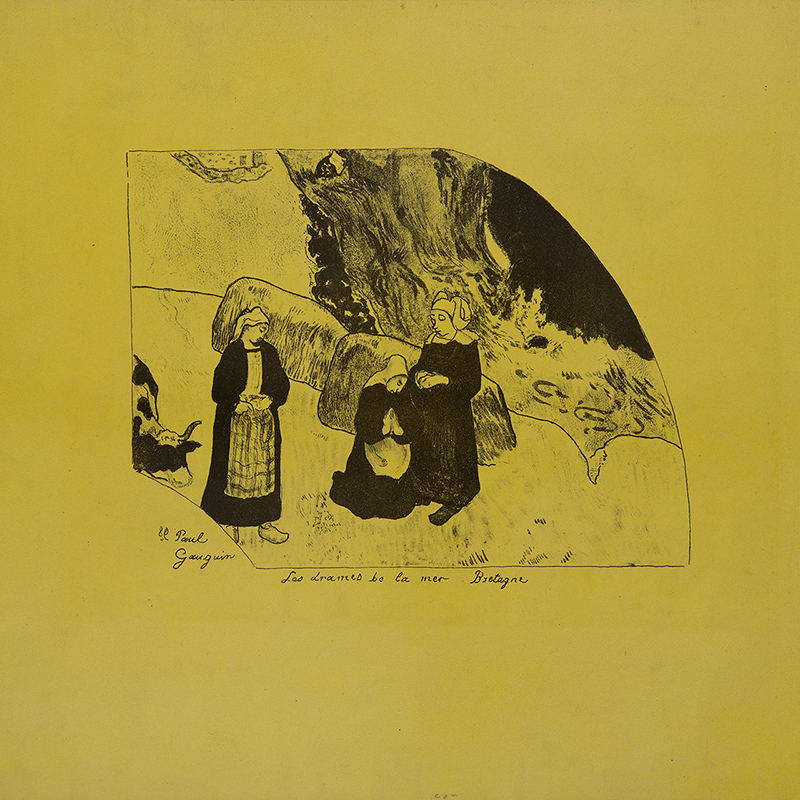