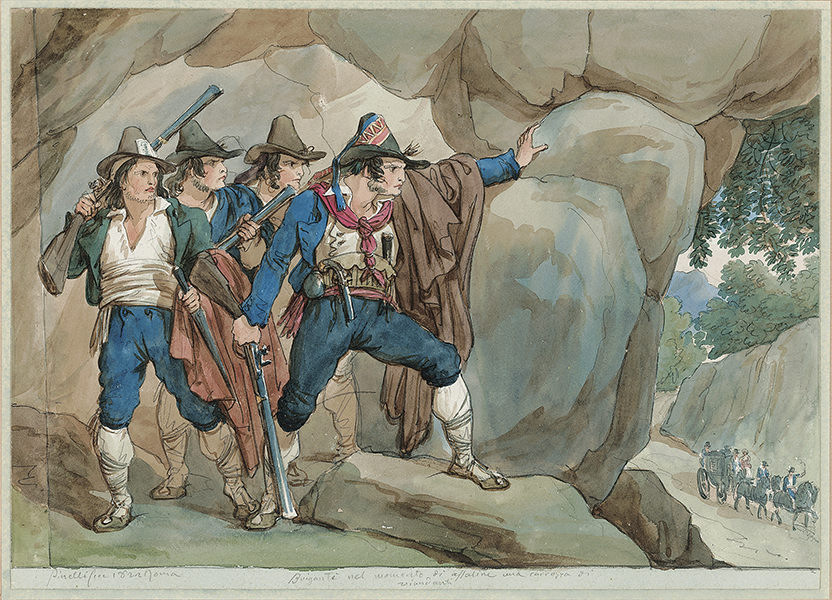 
In fine condition, with particularly vibrant colours. Mounted on board.

Pinelli was one of Ottocento Italy’s most famous draftsmen and illustrators. Apart from a period of study in Bologna at the end of the eighteenth century, he spent his entire career in Rome. There he continued his studies at the Accademia di San Luca and worked for several years as a figure painter in the studio of the Swiss landscape artist, Franz Kaisermann. He also assisted Felice Giani and was strongly influenced by his free and abstract figural style. Pinelli specialised in depicting popular scenes illustrating folkloric and rustic traditions. A prolific etcher, he published a volume entitled La Raccolta di Cinquanta Costumi Pittoreschi (1809), as well as an illustrated popular history of Rome, L’istoria Romana, based on Charles Rollin’s Histoire Romaine. In addition, he was commissioned to illustrate editions of numerous classical texts.