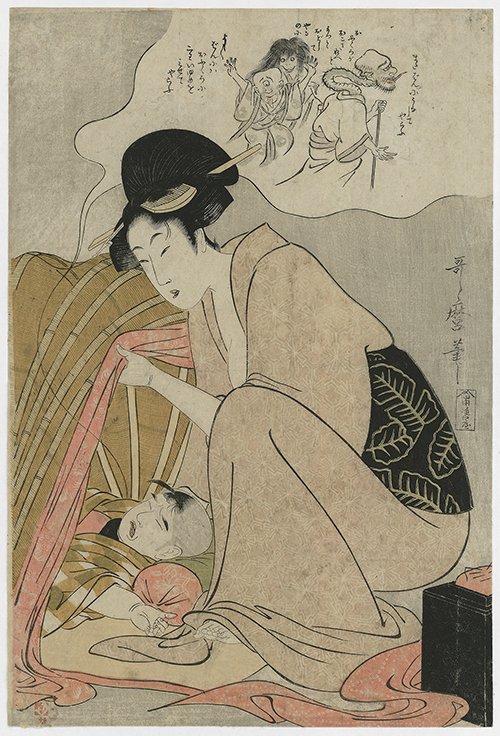 
Fine impression with grey ground and blind printing on woman's robe, colour lightly faded, unobtrusive trace of horizontal fold, generally in very good condition.
An infant who is sleeping inside his own mosquito net is having a nightmare and has suddenly burst out to crying. His mother comforts the child, whose dream, full of goblins, is depicted in the cartouche above.

Another impression is in Boston, Museum of Fine Arts, accession number 21.6428

The most celebrated artist of women of the whole Ukiyo-e school, Utamaro was a disciple of the painter Toriyama Sekien, an artist originally trained by the painting school of Kano. Utamaro's first major artistic work was the cover for a book on Kabuki plays, in 1775, that he published under the name of Toyoaki. To this, several kabuki related works followed. He adopted the name of Utamaro in 1781, starting then to produce women portraits. He joined the publisher Tsutaya Juzaburo, probably in 1783, and became the main artist in his atelier. With Tsutaya Utamaro's work blossomed steadily during the 1780s. He strove hard to develop a fresh and cool new depiction of women, and after a period during the late 1780s and early 90s when he concentrated on illustrated albums and sets of prints inscribed with kyoka poems, he managed to establish his own unique style and replace Kiyonaga as the premier designer of prints of women. He excelled at sensuous depictions, capturing the most delicate nuances of female emotional states, in a very different manner from Kiyonaga. The death of Tsutaya Juzaburo in 1797 deeply affected Utamaro and his creativity suffered. In 1804 he faced serious problems with the authorities, who considered that some of his prints offended the Shogunate. He was imprisoned and sentenced to 50 days in handcuffs. He died two years later. 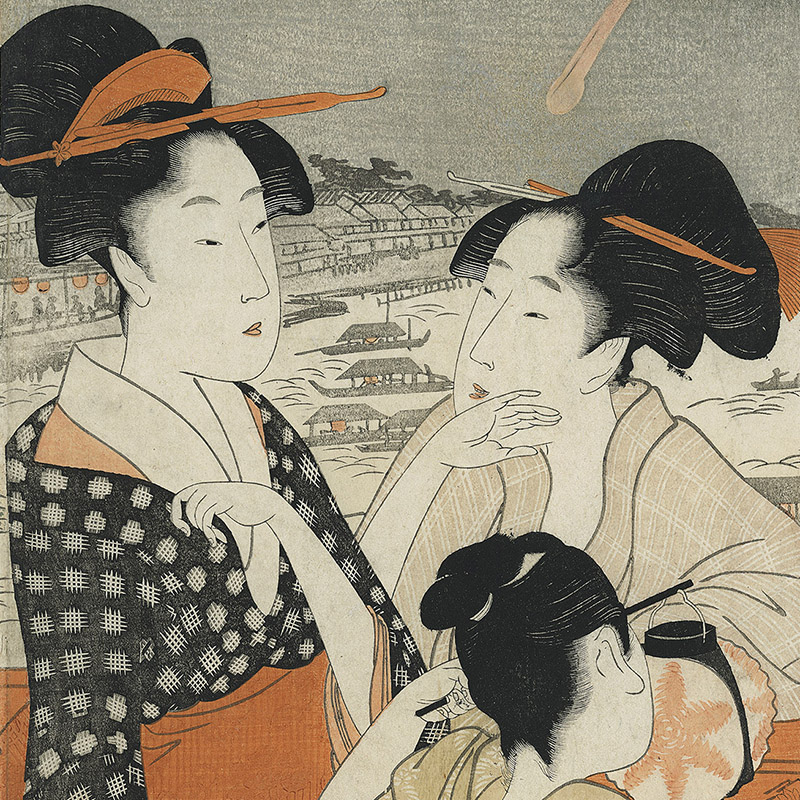 Fireworks over the Sumida river: two women on Ryogoku bridge talking while attendant holds a lantern 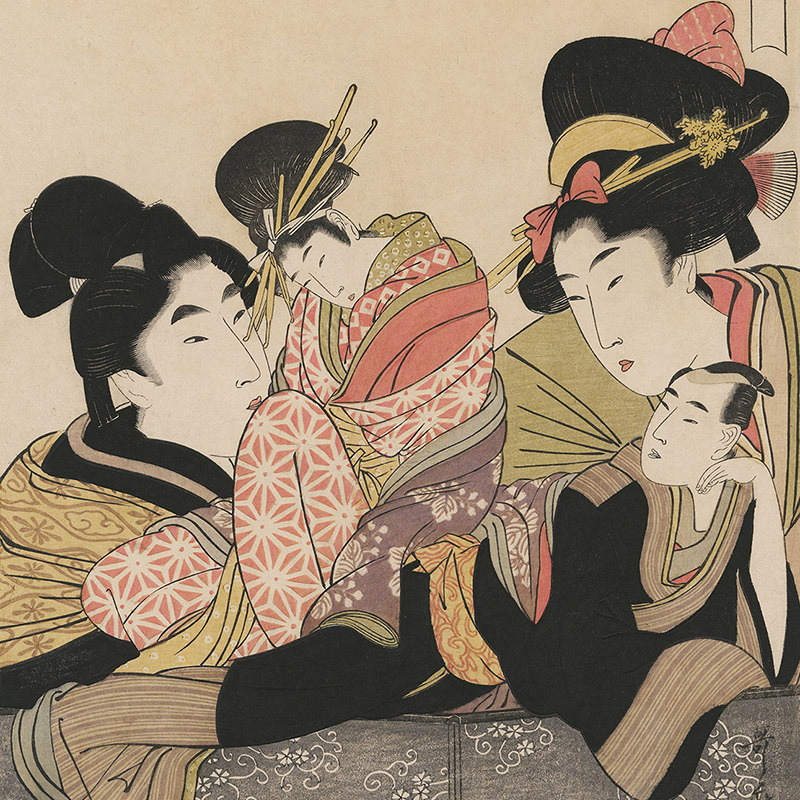 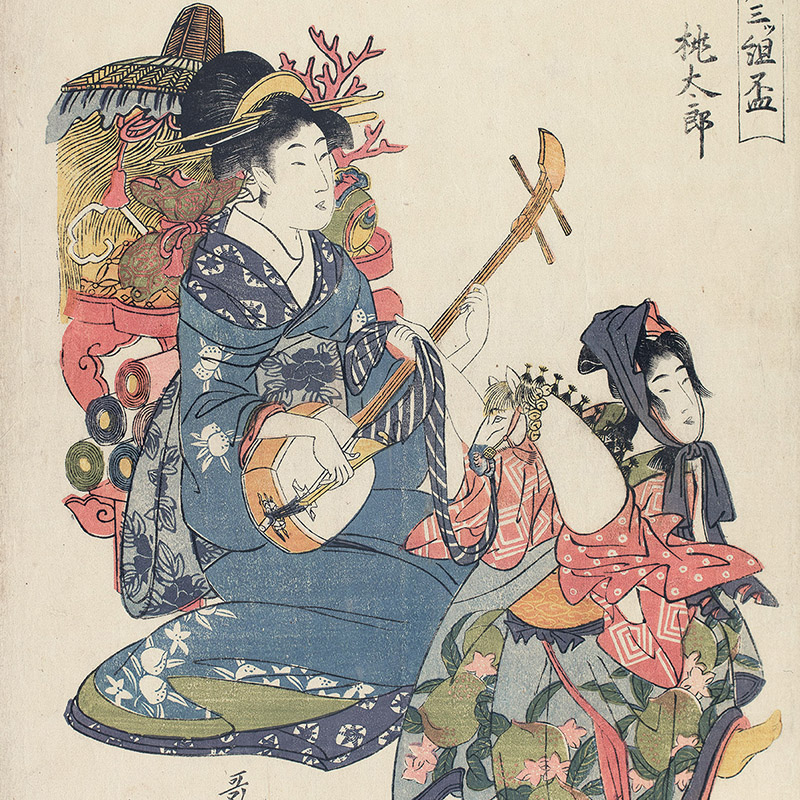