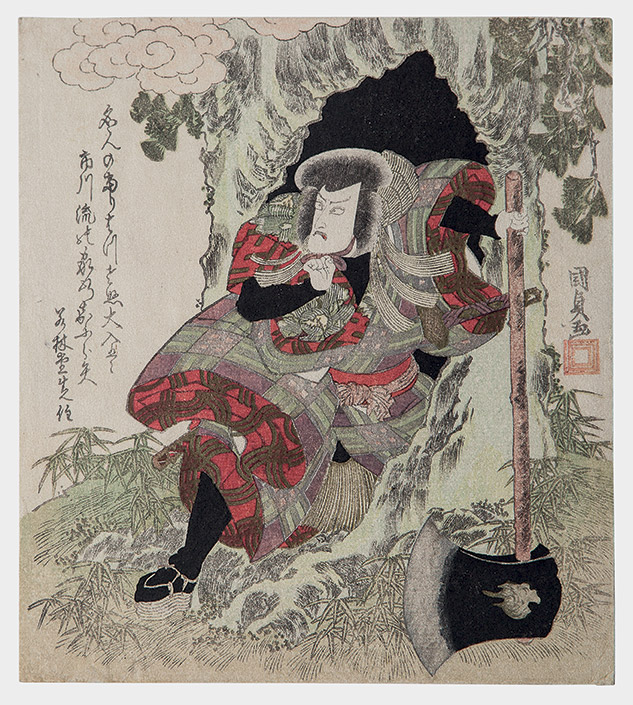 Fine impression with burnished black, embellished with metallic pigments (silver and gold); fine colour and condition At left a poem by Jakurindō Shibazumi.

For another impression of this surimono at the Rijksmuseum, Amsterdam see Charlotte van Rappard-Boon, Hiroshige and Utagawa School, Japanese prints c. 1810-1860, Amsterdam 1984, p. 72, no. 118.

Danjuro VII (1791–1859) was the most popular of nineteenth-century Kabuki actors. He made his stage debut at the age of four and went on to astonish the public with his ability to handle every major type of role. He was particularly noted for his portrayal of audacious young heroes in the aragoto acting style established by the Ichikawa lineage. Kunisada was evidently particularly inspired by Danjuro VII. They were near contemporaries: Danjuro VII's first great stage success occurred in 1811, when Kunisada was establishing his reputation as a designer of actor prints. Over the next fifty years Kunisada depicted Danjuro VII more frequently than any other actor, both in commercially published prints and books, and in privately issued surimono, some of which document their acquaintance in private life. Kunisada's sada seal, which he occasionally added beneath his signature, sometimes took the form of the mimas (triple rice-measure) that was the Danjuro's acting crest.

Other works of the master
Okazaki 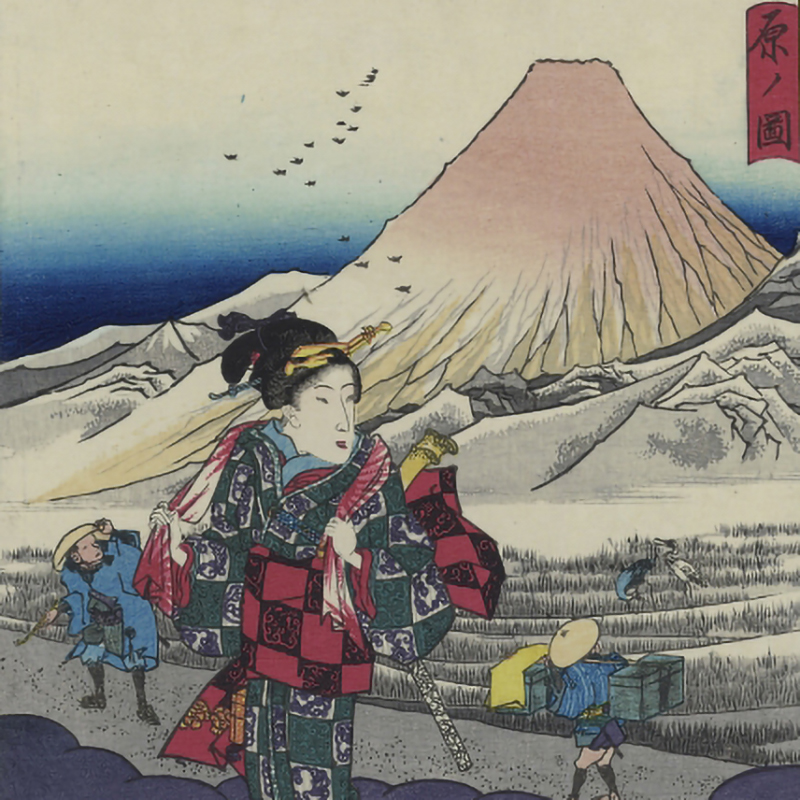 From the story of the monstrous rats 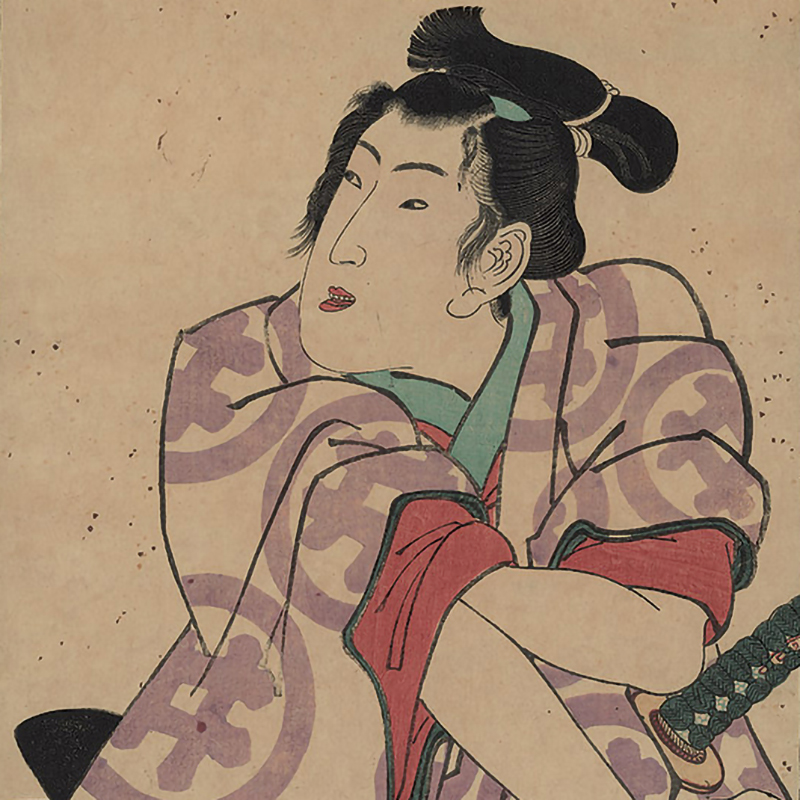 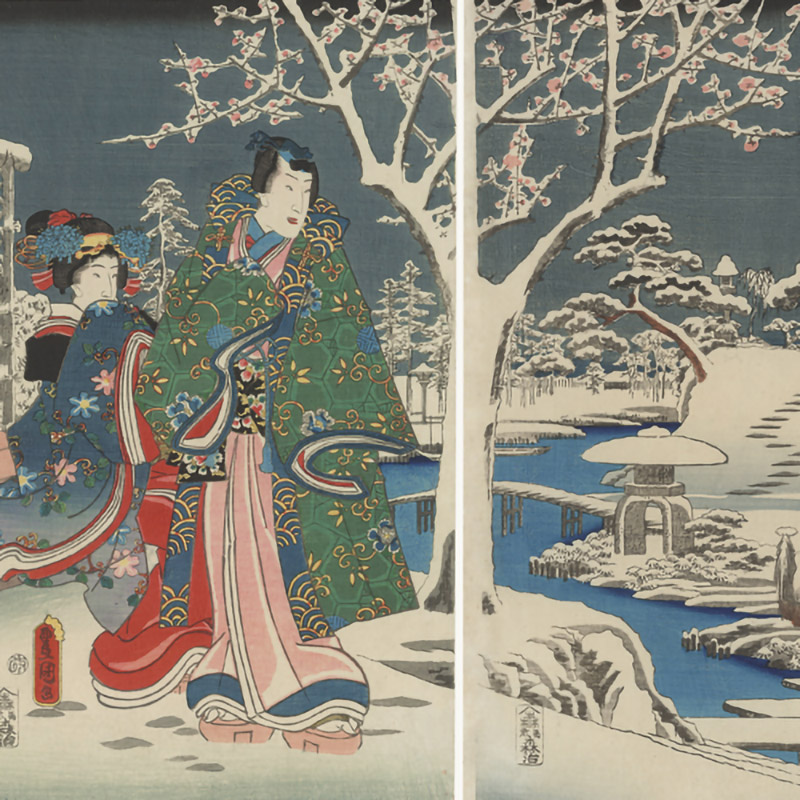 Prince Genji in a snowy garden