Hokkei began his work as a fishmonger but quickly became one of Hokusai's best students, specializing in surimono and illustrated books. His name "Totoya" literally "fishmonger" indicates a plebeian origin, but he soon entered the workshop of the painter Yōsen'in of the Kanō school (1753-1808). From 1799 he actively worked alongside his master Hokusai and from 1810 c. he became a surimono draftsman revealing an acute sense of humor and employing very refined techniques. He actively worked on the composition of the first 'manga' volumes of the master and towards the late 1820s, after Shunman's death and after Hokusai ceased to accept surimono commissions from poetic circles, Hokkei with Gakutei became the most important and sought-after surimono designers. Hokkei cultivated a cultured and refined clientele composed of samurai, intellectuals and scholars. 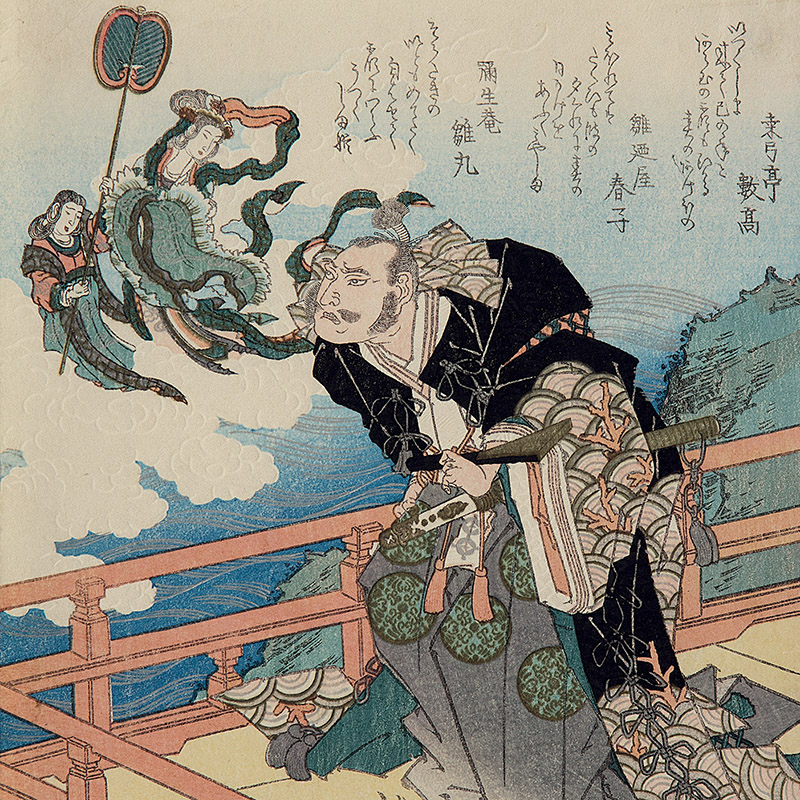 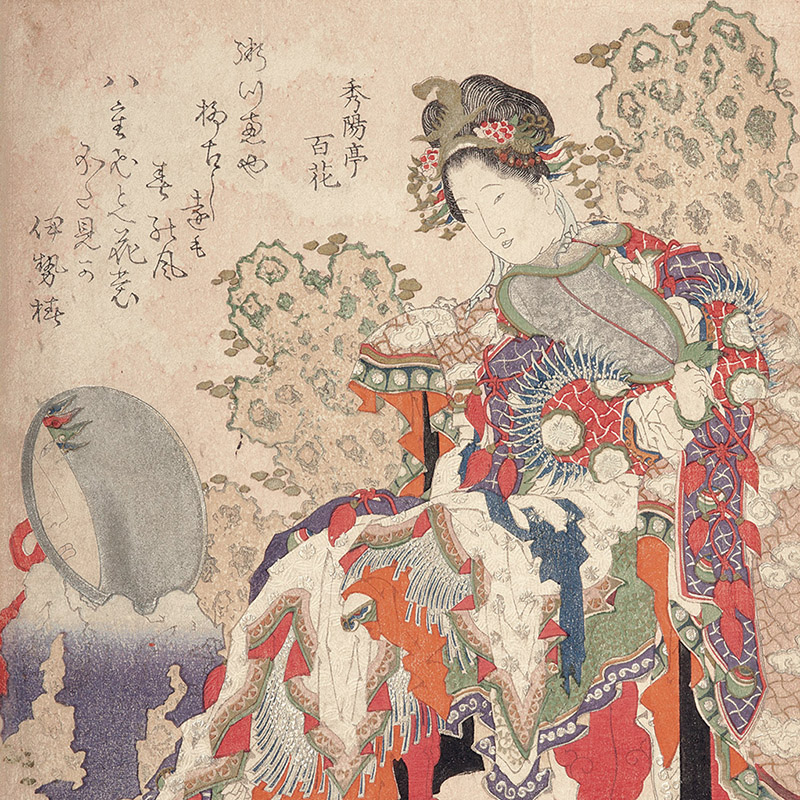 A chinese princess gazing into a mirror