Around the age of nine Passignano was sent to Florence, where, according to Baldinucci, he studied first with Girolamo Macchietti and then with Giovan Battista Naldini. His most important teacher, however, was Federico Zuccaro, with whom Passignano worked as an assistant in the completion of Vasari's frescoes for the Florentine Duomo. He  accompanied Zuccaro to Rome in 1579 and to Venice in 1581, where he was much influenced by the Venetian painters, Titian, Tintoretto and Veronese. He was back in Florence by the end of the 1580s, painting his early masterpiece, the frescoes in the Cappella di S. Antonino in S. Marco. Passignano was much active in Florence and Tuscany for the rest of the century. In 1602 he was back in Rome where he was called to work in St. Peter’s and where he absorbed something of the new realistic style of Caravaggio and the Carracci. With Cigoli, a competitor, he was one of the most important Florentine painters of the turn of the century, practicing a powerful, Proto-Baroque style, influenced by the Venetians and then by the Roman works of Caravaggio and the Carracci. His drawings show a similar indebtedness to Venetian models but, like most Florentine draughtsmen of his generation, he made a constant practice of drawing from life. 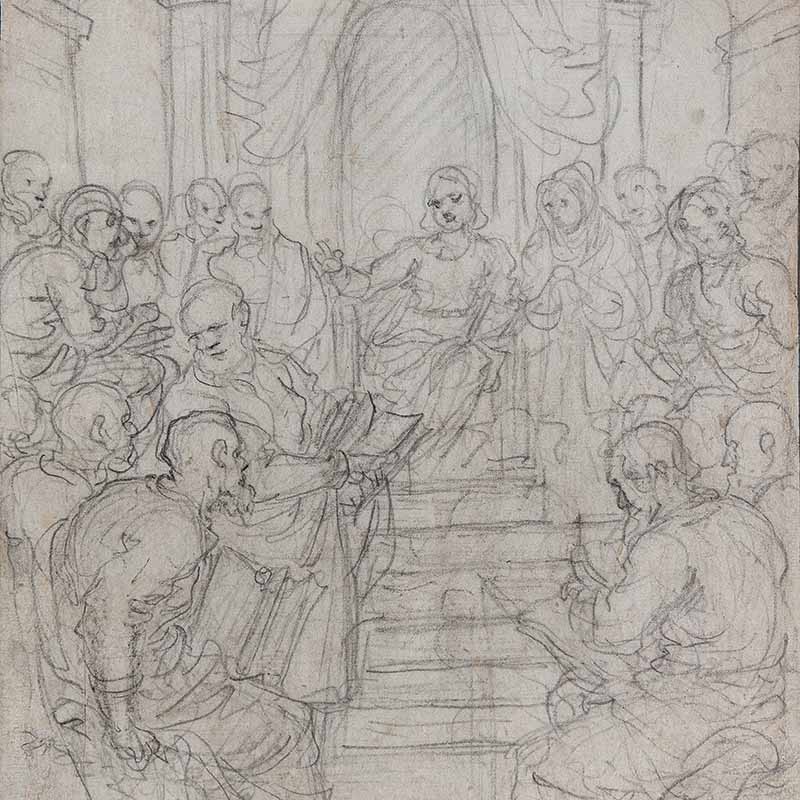 Jesus among the doctors