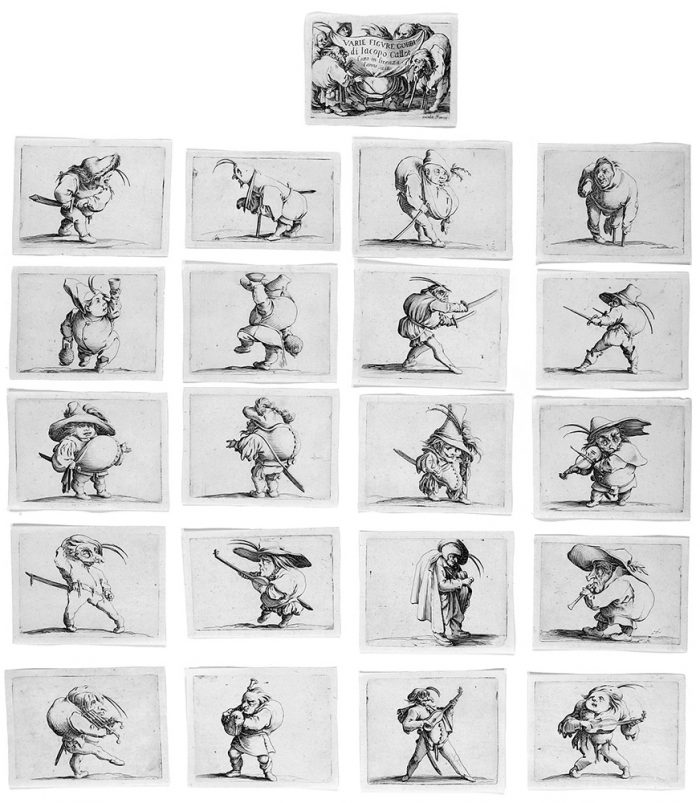 
Fine, even impressions, in the first state of two. Printed with plate tone and with the plate-marks showing traces of ink; with small, even margins all around, in very good condition.

This is the complete series first state of the work The Hunchbacks, composed by 21 subjects. In the second state the series is composed only by 20 prints because the second plate was lost.

This series is one of the most popular of Callot, and with the other well-known St. Anthony’s Temptations Callot was accredited during the Romantic Age as an artist grotesque and fantastic, inspired by Flemish Art, in particular by the art of Bruegel the Elder and by the German Art of the XVI century.

In reality the origin of this composition is all Italian and derives from the troops of hunchbacks, deformed dwarfs, that traverse Italy taking part to court celebrations and popular events.