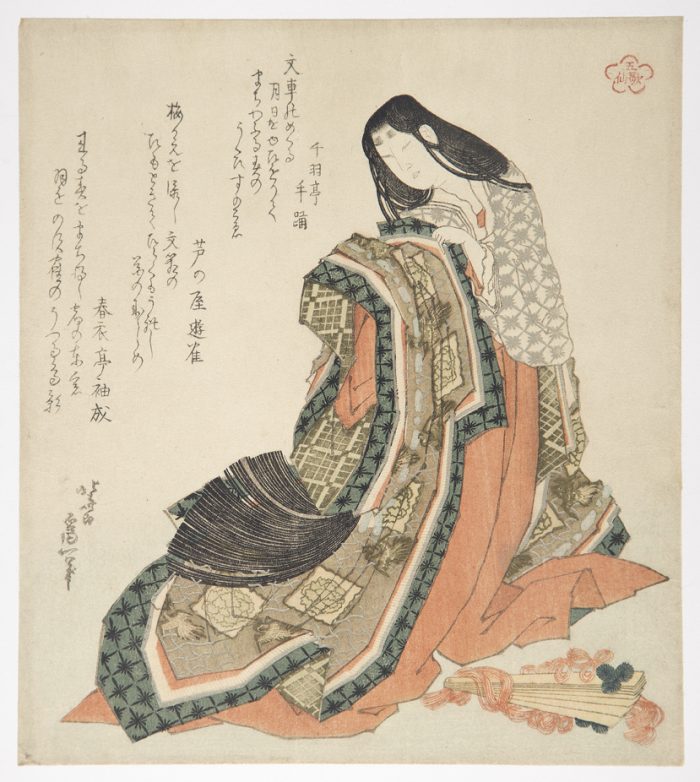 The title of this print Hiōgi is the name of a Japanese cypress folding fan, which is at the feet of the Lady.

The Five Immortal Poets were five of the seven maids of honour to the Empress Jōtō Mon’in (988-1074), namely Murasaki Shikibu, Izumi Shikibu, Akazome Emon, Uma no Naishi and Ise no Taifu. Hokusai has drawn each of them in an elaborate court gown.Here are the poems:

I counted the days on the turning wheels of the book cart, tired of waiting for the voice of the spring warbler  Sembatei Teodori

The joy of opening the letter box with the plum branch, of untying the cord, spreading everything out and flattening the creases  Ashinoya Yūzuru

On the eastern window of the dwelling where we awaited Spring, the crane spreads its wings and casts a shadow Shun’itei Sodenari

Katsushika Hokusai, dominated the scene of the art of the Japanese print (Ukiyo-e) in the field of book illustration, drawing and painting. He was born in the Honjo district of Edo. His passion for art began at an early age; he was adopted by an illustrious family of artisans who introduced him to wood engraving. This  influenced his career and at the age of 18 he entered at the studio of Katsukawa Shunso (1726-1793), who specialised in  prints depicting the popular Kabuki  theatre. Under the pseudonym of Shunro, around the 1780s, he got to know artists like Shigemasa (1739-1820) and Kiyonaga (1752-1815) who influenced his drawing of figures. Around 1790 he produced his first important prints which he signed  Kako. He also produced fine Surimono. In 1797 he married and took the name Hokusai, becoming one of the foremost illustrators and artists of Japan. Among his most famous work are the ehon, books of images, as the 15 albums of drawings entitled Manga. The most celebrated of his prints series is The thirty-six views of Mount Fuji, early thirties. Amongst his many pupils: Shinsai, Hokuju, Hokuba, Hokkei, Shigenobu. 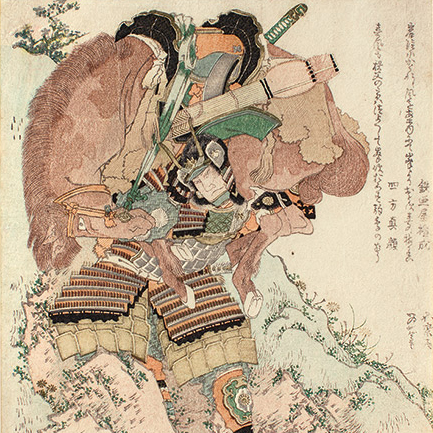 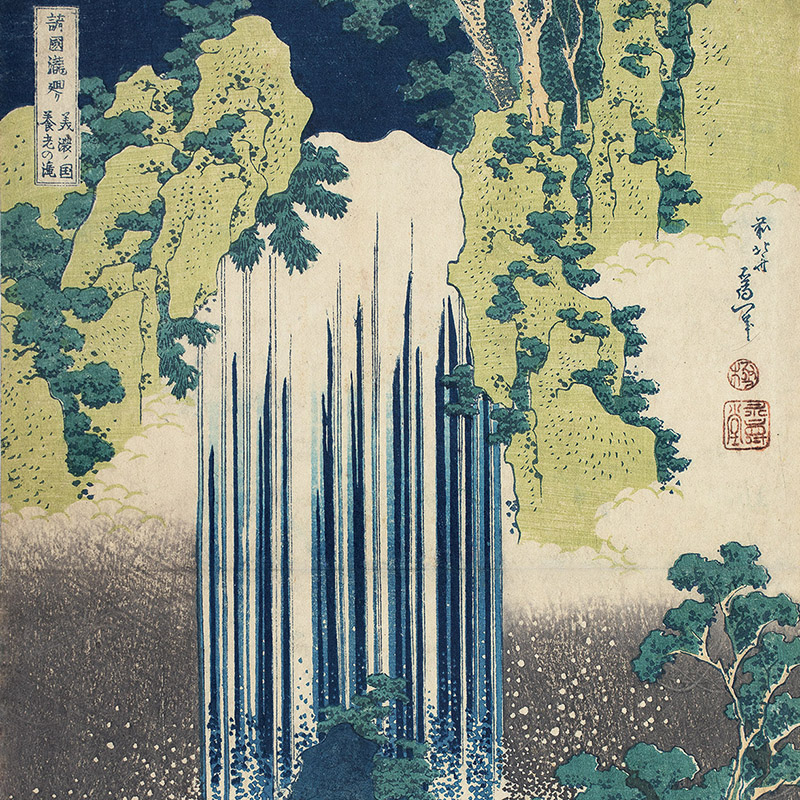 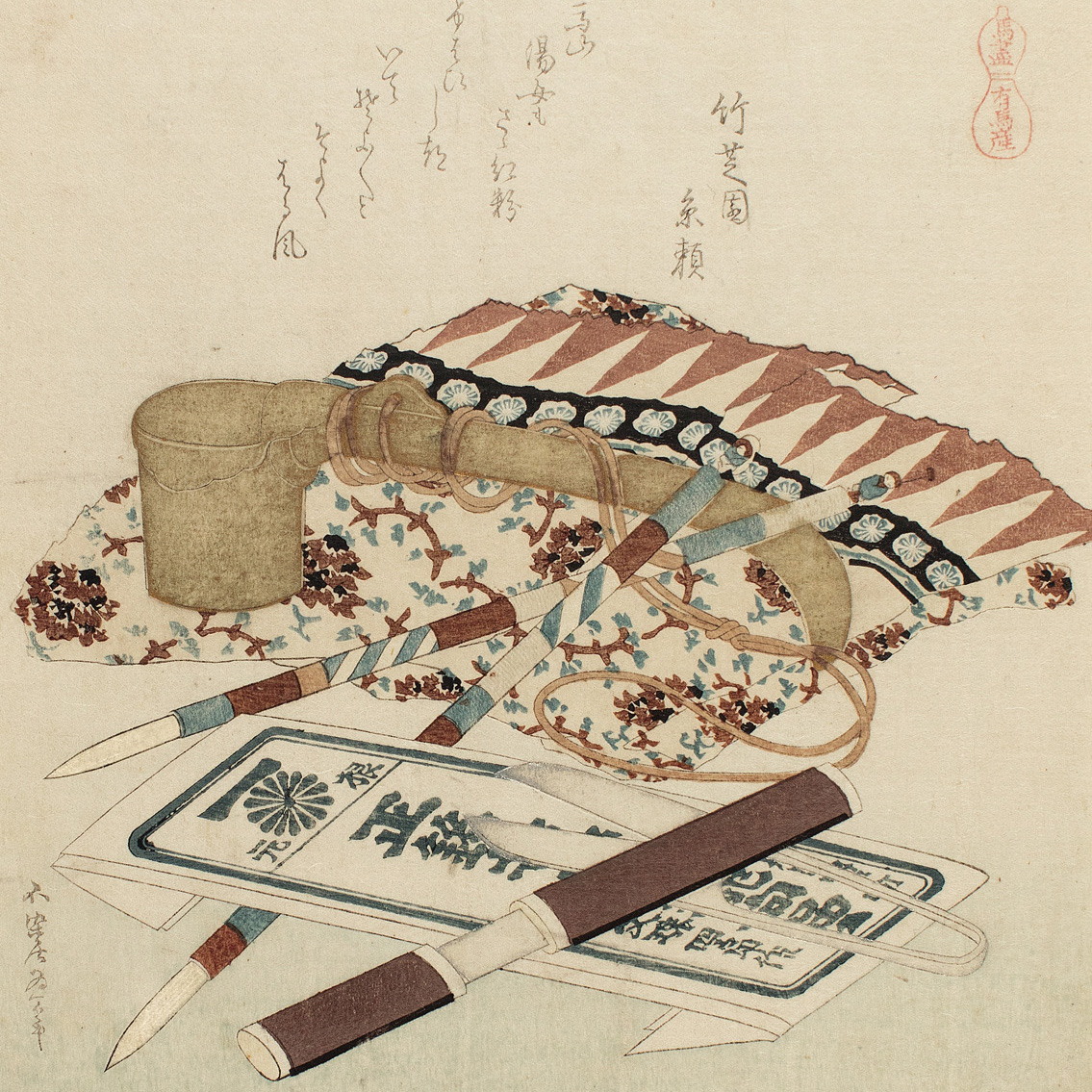 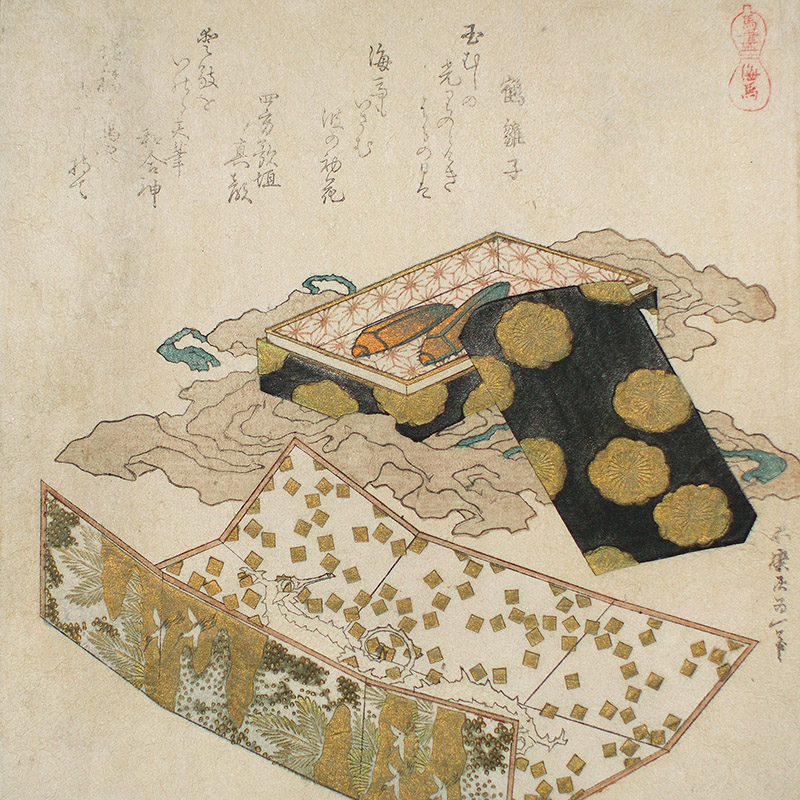 Still life with seahorses and bettles 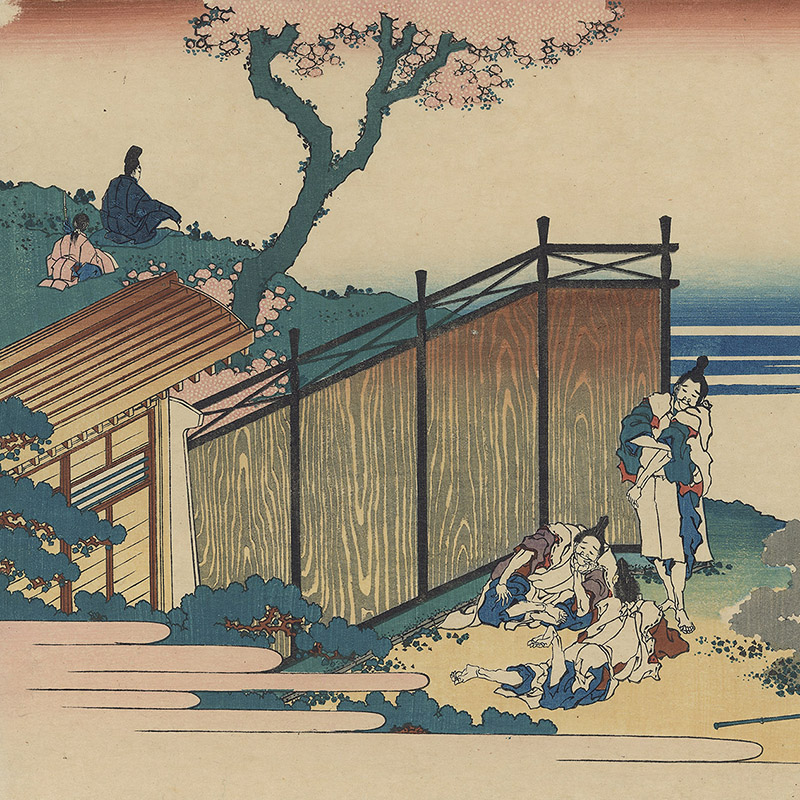 Guards at the Imperial Palace 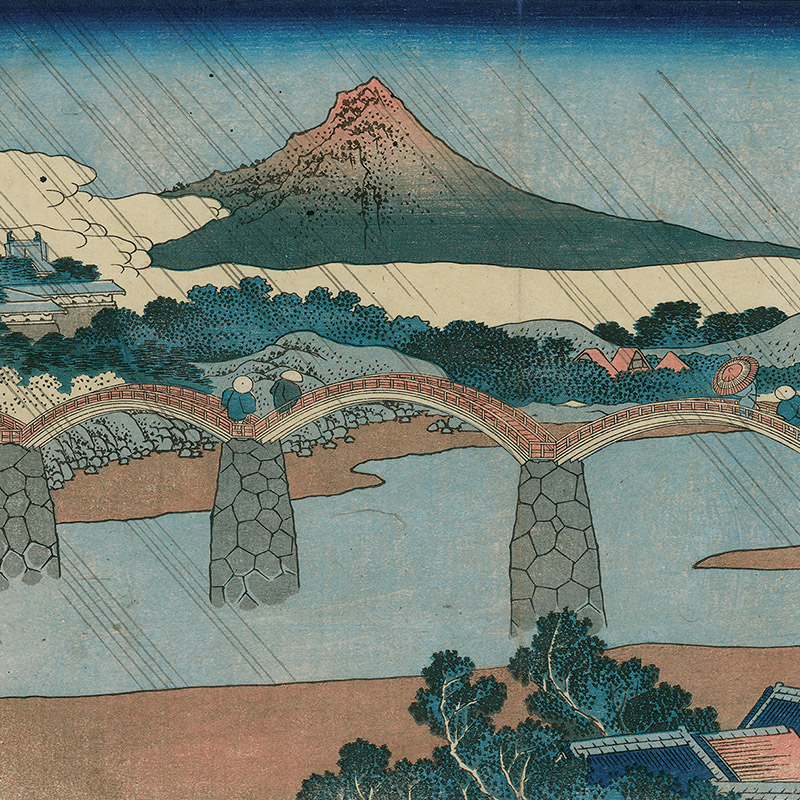 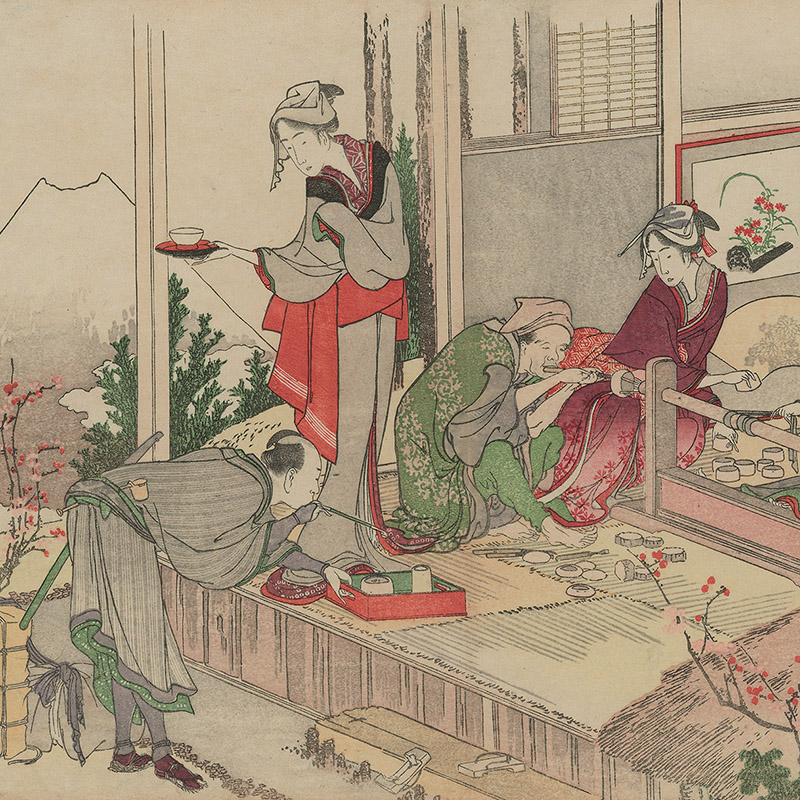