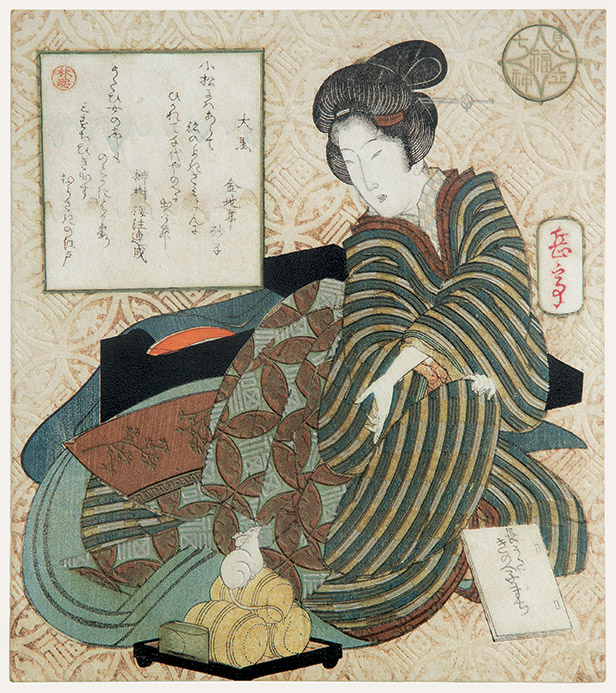 Series: Parody of the Seven Gods of Good Fortune, a set of seven - Mitate shichifukujin

We know many facsimiles of this series printed in the early nineties of the nineteenth century. The originals are, on the contrary, very rare.

The series, designed by Gakutei for the poetic circle Shippō, associate’s figures of female beauties with the seven Lucky Gods (Shichifukujin). The circle symbol appears in the title cartouche at the top right and is repeated as a background of the print, accompanied by the fuku character (good luck) and by stylized pictures of bats, an animal which, by phonetic association, indicates, in East Asia, good luck.

In this specific print the association is with Daikoku, the god of agriculture and rice, to whom alludes the white mouse in front of the girl. The two poems, by Kinjitei Sunago and Sakakiro Shimenari, allude, the first to the custom of collecting pine shoots for the New Year, the second to the Shamisen music.

Another impression of the print is reproduced in John T. Carpenter, Reading Surimono, The Interplay of Text and Image in Japanese Prints, Leiden and Boston, 2008; no. 86 pages 182-3. 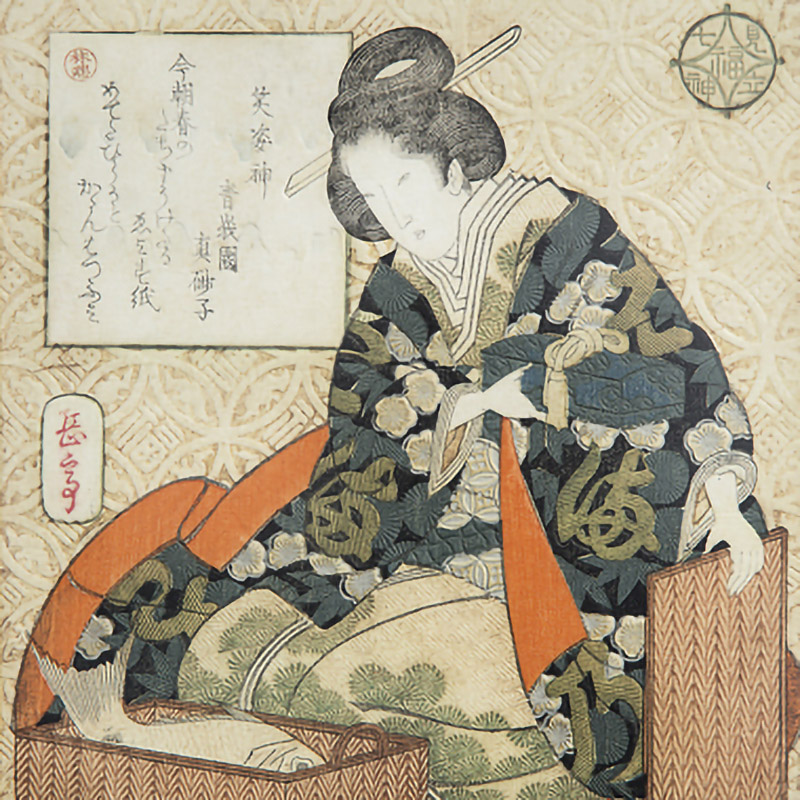 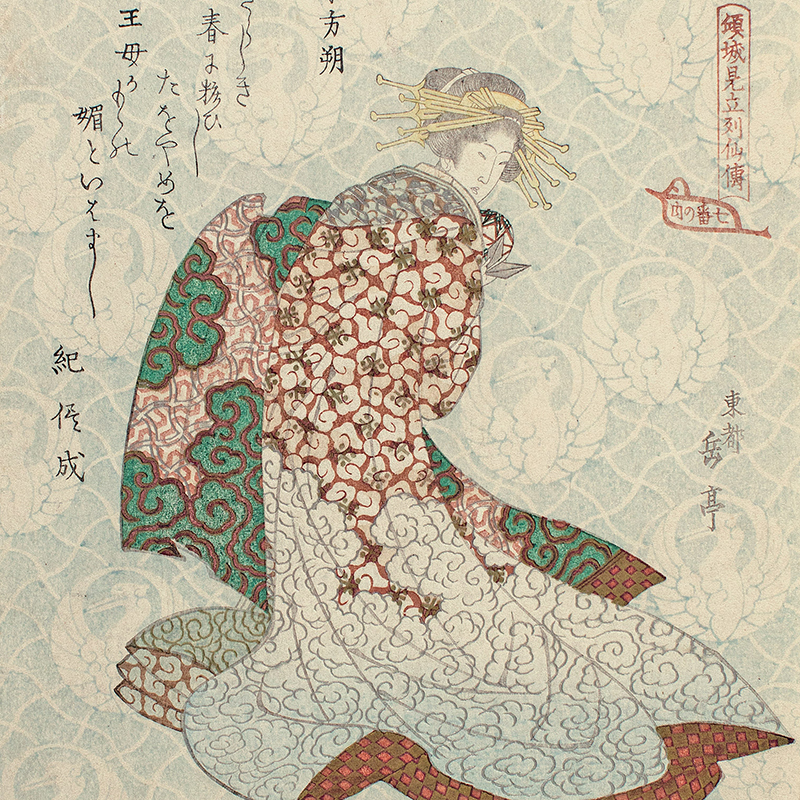