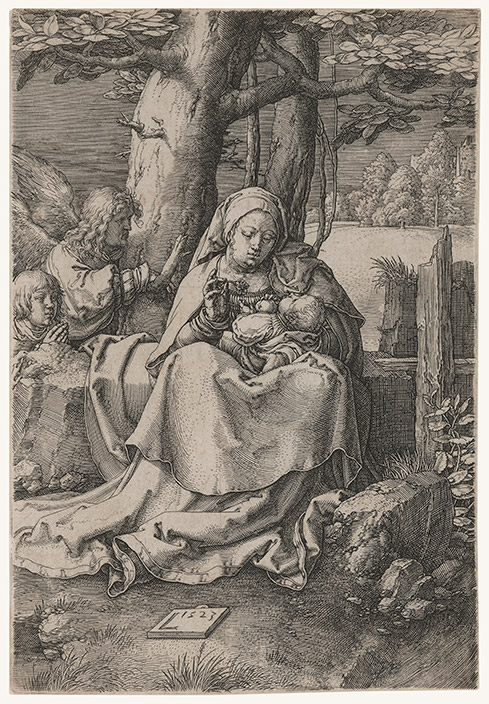 
Signed at the center bottom on a stone with monogram and date
Bartsch, Hollstein, New Hollstein 84

A very fine atmosferic impression, on laid paper with watermark Gothic P with small Flower, of the first state of three, printing with great clarity and depth, with thread margins, trimmed to or just into the platemark in places, in very good condition.

Early impression with nuanced contrasts of light and shade are very rare.

This impression is equally fine as the example preserved in the British Museum (museum number Kk,6.98).

This sheet is not the most ambitious engraving by Lucas Van Leyden but is one of his most beloved subjects.

It is image of the peaceful moment of motherly affection: the Virgin holds the Child in her lap showing him a flower, two angels are watching this scene in adoration.

The artist evokes this scene illuminated by a full moon.