A fine impression, in the fifth state of sixth, with evenly distributed plate tone, printed on laid paper with ‘Strasburg Lily’ watermark, signed with the butterfl y and inscribed ‘imp’. Whistler printed the etchings himself, as indicate by the additional ‘imp’. Trimmed on the platemark, in very beautiful condition. From the series ‘Venice/ Whistler/ Twelve Etching’.

Whistler met in 1880 Otto Bacher, a printmaker who had brought with him a portable press from Munich, where he had studied at the Academy. Whistler started to use Bacher’s press and he shared knowledge and experience with his friend and this is noted because of Bacher’s book, With Wistler in Venice (New York, 1908), his memoir of that time.

It is from this book that we know that he overworked a fi rst version of this composition, ‘The Traghetto n. 1’, which is very rare. The etching illustrate the courtyard of the Cà da Mosto, north of the Rialto Bridge. The artist transferred the earlier image and started to replicate the subject in the ‘ Traghetto n. 2’. Dissatisfied Whistler rework the subjects several time until he reached the goal of his research.

From the series ‘ Venice/ Whistler/Twelve Etching’ published in 1880 by ‘The Fine Art Society’ in London. In fall 1880 the artist returned with paintings, pastels and more than forty etchings. From these prints, the ‘Society’ chose twelve etchings that were published as a set.

Again according to Bacher, the earlier version was probably made immediately after Whistler’s arrival in Venice in September 1879, making it one of the first in the set. 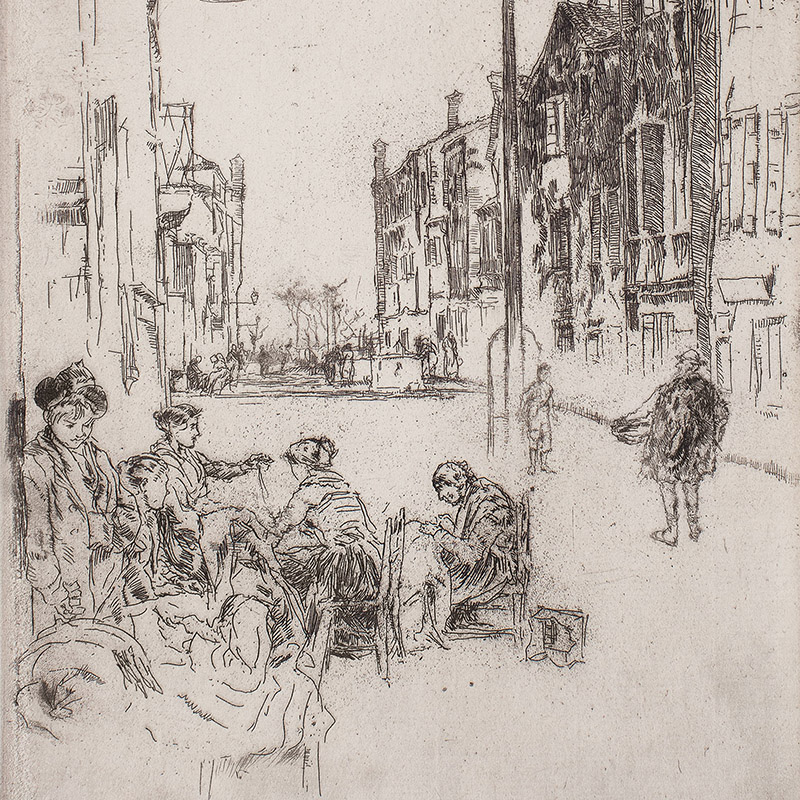