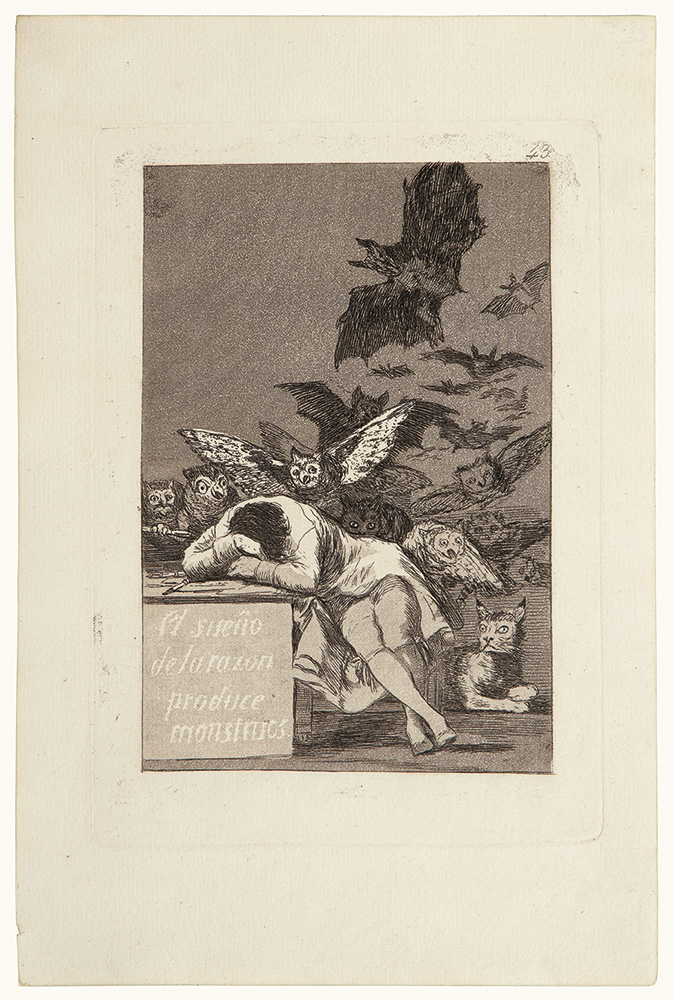 In fine, pristine condition, with good margins all around.

The print is of the greatest rarity and we must also note its provenance from the collection of a scholar who was among the first to study Goya as a printmaker.

We have here the possibility to appreciate Goya’s full command of the medium, the aquatint integrates perfectly with etching.

This is the most famous plate in the series: Goya had first wanted to use it as a title page. A preparatory drawing in the collection of the Prado in Madrid has the title Sueno 1°. Goya added a title in pencil, Ydioma univer / sal Dibujado/ y grabado p.r / Fran.co de Goya/ año 1797 [Language univer / sal Drawn / and engraved by / Francisco de Goya / in the year 1797], as well as indications on how to interpret the Caprices: El Autor Soñando. / Su yntento solo es desterrar bulgaridades perjudiciales, y perpetuar con esta obra de caprichos el testimonio solido de la verdad. [The author, asleep. / His only aim is to drive away harmful superstitions and to perpetuate, through this volume of caprices, the firm testimonial of truth]. In another sketch, also in the Prado Museum, two self-portraits of Goya are among the visions swarming around the sleeper: they encourage the interpretation in which the “sleeping author” would be Goya himself.