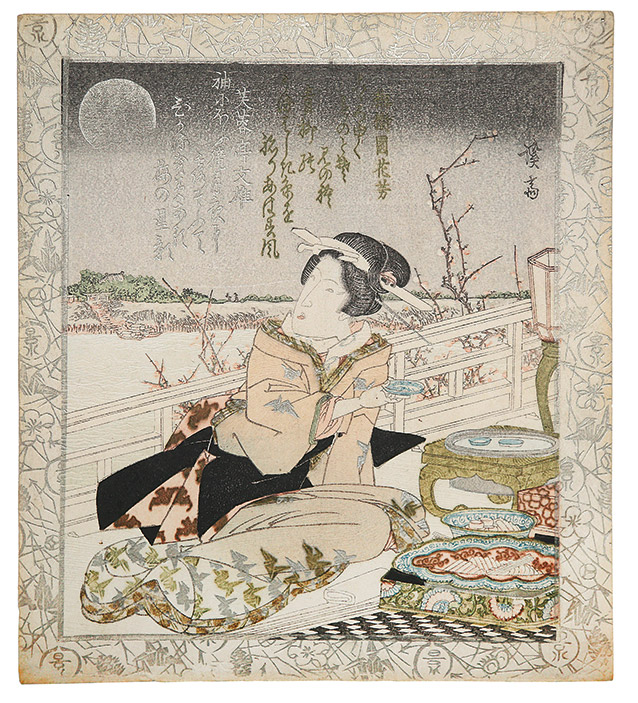 Very good impression, printed on thicker paper (Hōsogami) which created special printing effects blind printing and embellished with a liberal use of metallic tints mainly silver. Some fading, very slightly trimmed to the left and at the bottom.

Surimono portraying a night scene with a geisha seated on a veranda and holding a sake cup.

Eisen was son of a samurai, Ikeda Masahei Shigeharu, a talented calligrapher. After his parents died, he was forced to become a ronin to support his younger sisters. At one time a Kabuki playwright using the name Chiyoda Saishi, and about this time lodged with the family of Kikukawa Eizan and studied painting with Eizan's father, Eiji. In later years a prolific author of popular literature and, in 1833, he compiled a manuscript which was a reworking of the biographies of Ukiyo-e artists. He studied also with the minor Kano painter Hakkeisai and with Kikukawa Eizan. From the late Bunka era (1804-18) onwards he designed many illustrations for the various genres of popular literature as well as surimono and produced a large output of single-sheet prints of women, including some fine bust portraits. He was also author off many shunga and contributed twenty-four designs in a Kano-influenced style to the landscape series Sixty-nine Stations of the Kisokaido (late 1830s) designed with Hiroshige. 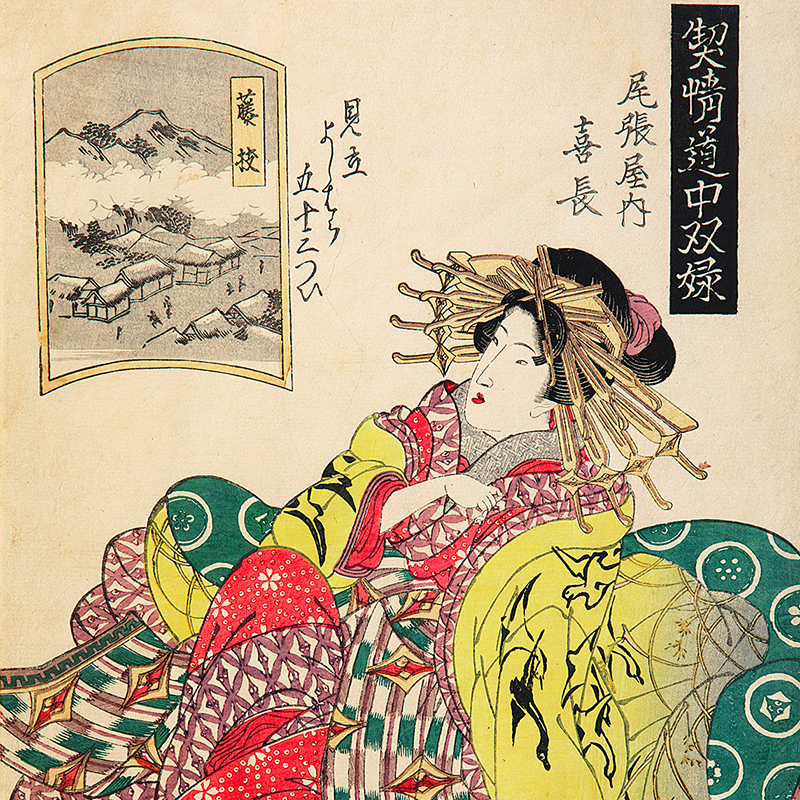