Fortuny, who was born in Spain and orphaned at an early age, was largely self-taught. He was raised by his grandfather, who sold wax figures modeled by the young artist. He later entered the studio of the sculptor Talarn Ribot in Barcelona, while also attending the Academy and frequenting the studio of Claudio Lorenzale. Fortuny went to study in Rome in 1858. In 1860, he interrupted his Roman stay by accepting a commission from the Consul General of Barcelona to paint a battle picture of the victory of Spain in Morocco. Striving for picturesque local colour, he travelled to Africa several times. Fortuny visited Paris in 1866, where he studied with Gerome and was influenced by the work of Meissonier. He returned to Spain in 1868 to study Goya. Between 1869 and 1874, he travelled to England, Paris, Seville and Granada, but chose to remain an expatriate, spending the rest of his life in Naples and Rome, where he died. Fortuny was an excellent colourist and had a strong influence on the watercolorists of the late 19th century. He was also a prolific and accomplished printmaker. 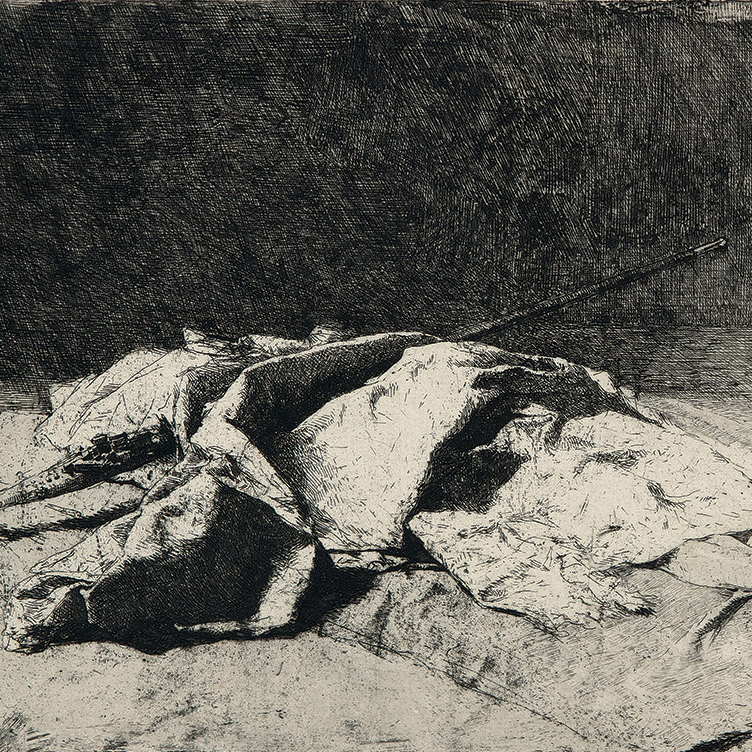