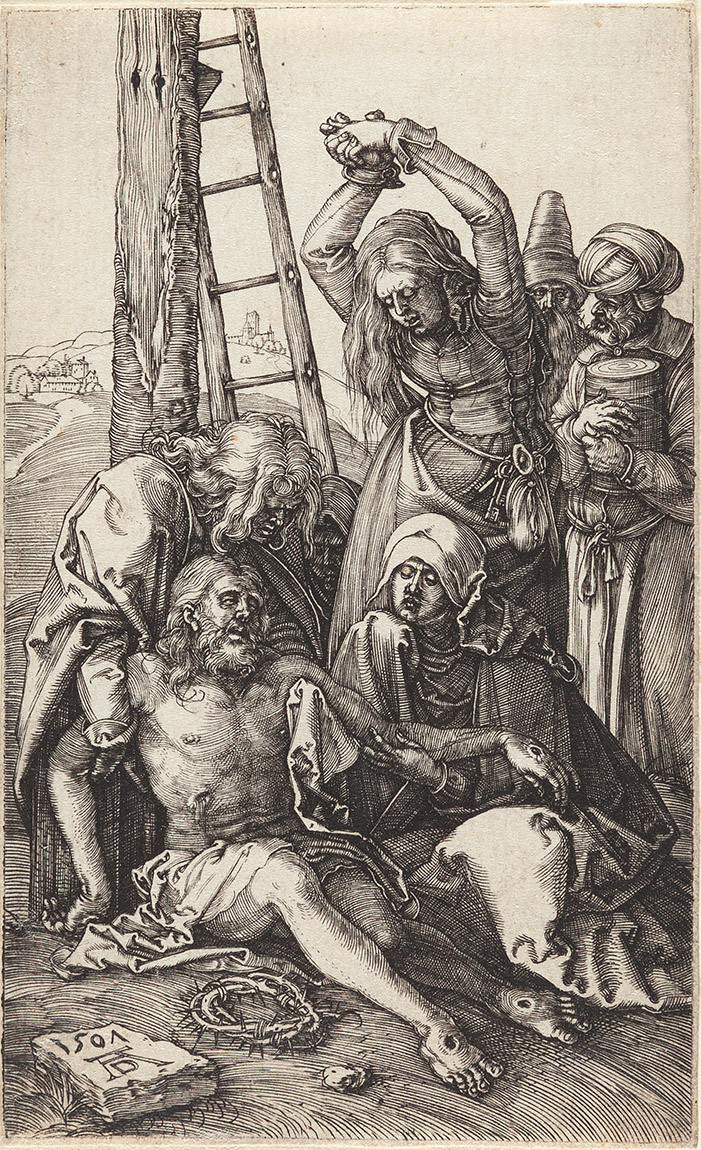 
The Lamentation, dated 1507, is the first engraving, executed after Dürer’s second trip in Italy, for the series The Engraved Passion.

Fine, brilliant impression, with velvety tones, of the variant a/c; on paper with fragment of watermark Bull’s head and flower with five petals (Meder 62), typical of the early impressions of The Engraved Passion.

In fine condition, with thin margins or trimmed to the platemark. 12th print of the series.

Dürer began work on the Engraved Passion when he returned to Nuremberg from Venice in 1507, ten of the sixteen plates were not completed until 1512. The series is distinguished by a new style, where the fineness and systematic use of engraved line model the forms in terms of light and shade. The prints are marked by an increased working of the plates, where less of the areas are left blank. The overall chiaroscuro effect imbues the scenes with an almost spiritual light.

The Engraved Passion is based on an outstanding set of drawings, dated 1504, on paper with a green base heightened with white and black lavis. This set of drawings, called The Green Passion, is preserved at the Albertina in Vienna.

Other works of the master
The sudarium held by one Angel 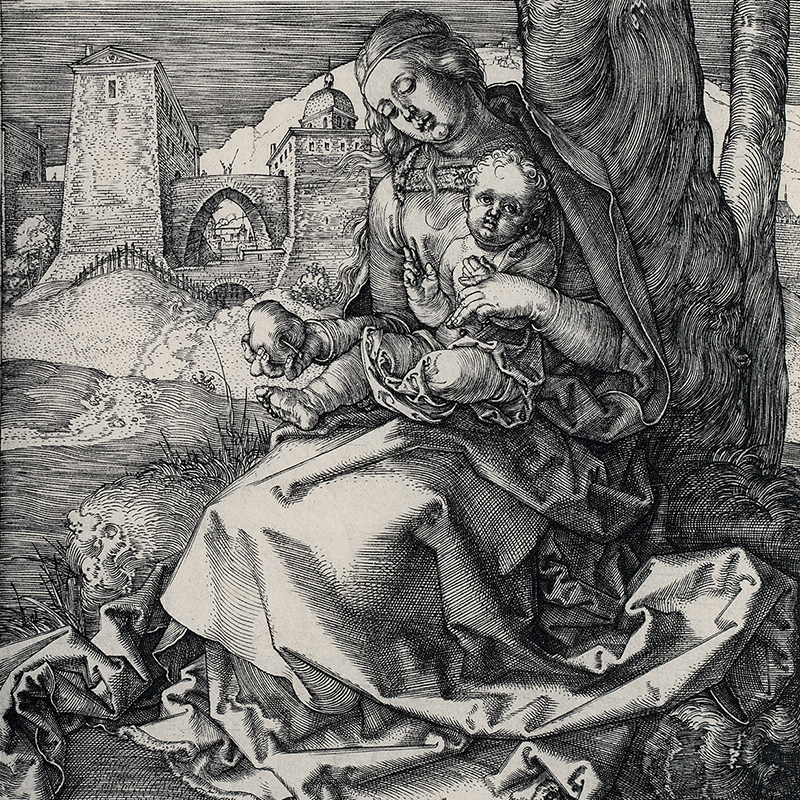 Virgin and child with the pear 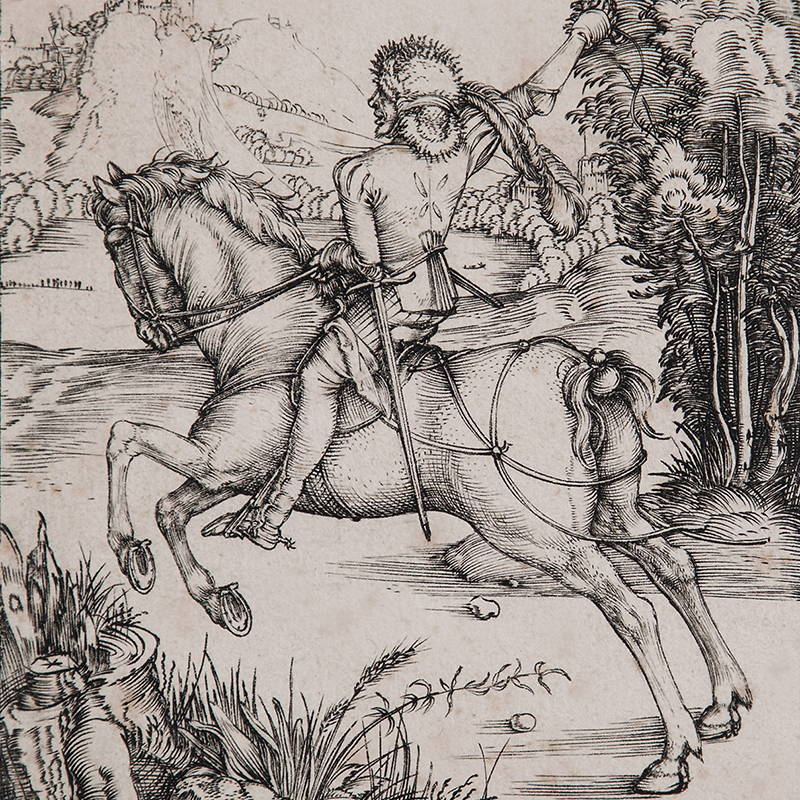