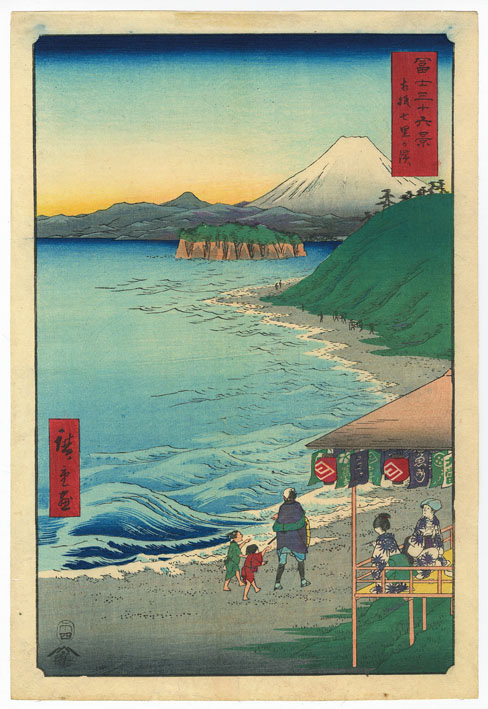 On the beach a man followed by two children passes near a tea house decorated with Hiroshige’s hiro seal. In the background the island of Enoshima appears.