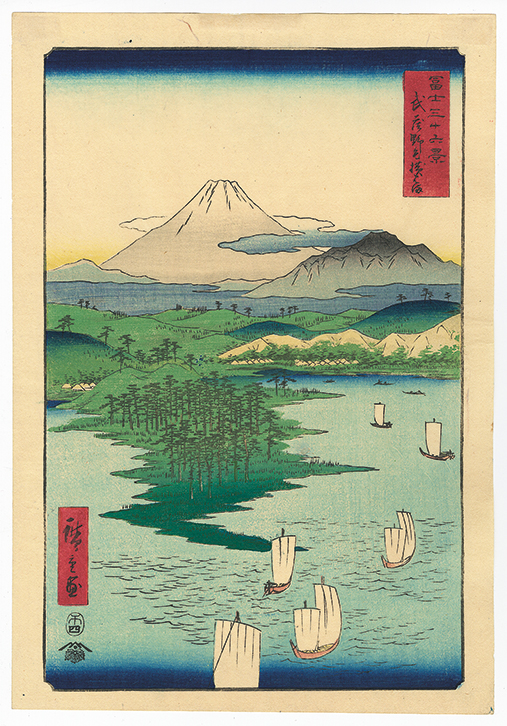 A snow-white Fuji towering up at the head of an inlet up where junks are sailing.